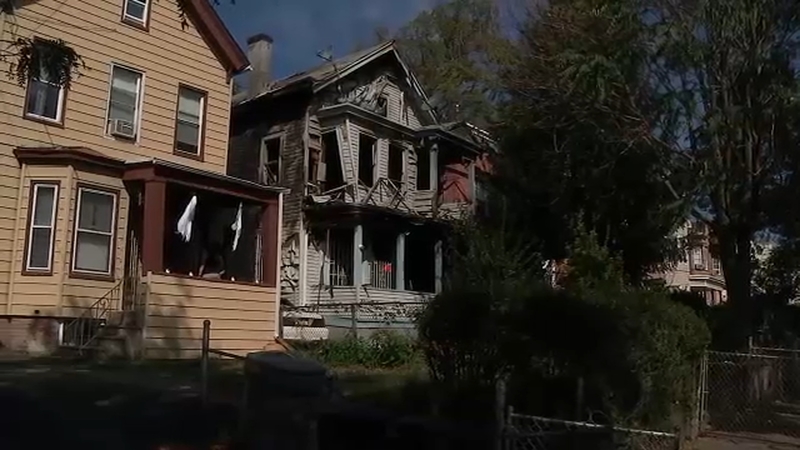 NEWARK, New Jersey (WABC) -- One person is dead and several others are injured after a fast-moving fire tore through a home in New Jersey Wednesday morning.

Firefighters were met with heavy flames upon arriving at the Summer Avenue home in Newark just before 6 a.m.

A police spokesman said one man is in critical condition with a head injury after leaping from a second-floor window to escape the blaze.

"We had a male adult who was on the third floor of the main fire building which was 388 Summer Avenue," said Newark Fire Chief Rufus Jackson. "He actually jumped from the third floor to the second-floor landing or ledge of the exposure building on the left hand side and landed on the ground."

A man who lived in one of the basement units was pronounced dead at the scene. Two animals were also killed in the fire.

Three others were treated for minor injuries, and several residents were relocated. The Red Cross is helping them find temporary housing.

The fire woke tenants from their sleep. "A girl was screaming on the second floor and that's how I, I usually go to work about 6 in the morning so I was semi-conscious," said resident Patrick Dally. "So I opened the door, saw the smoke coming up the stairs, first thing I did was grab her and ran down the stairs. Couldn't see nothing."

Firefighters were able to keep the flames from jumping to the home next door before finally extinguishing the blaze.

The victims' names and further details on their injuries were not disclosed.