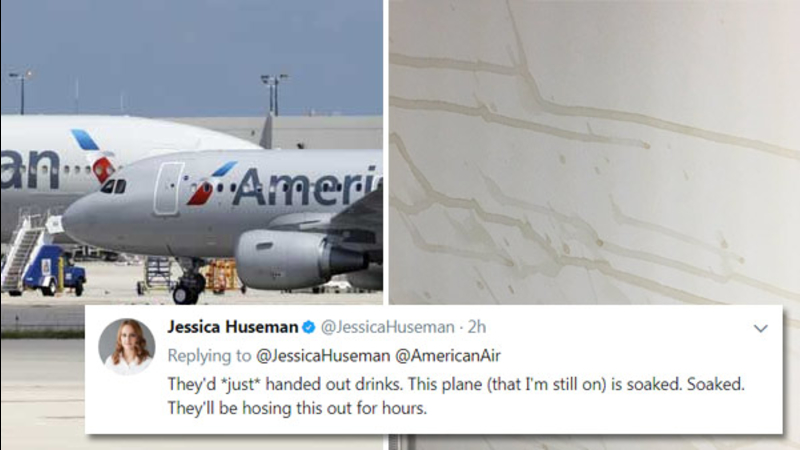 PHILADELPHIA INTERNATIONAL AIRPORT -- At least ten people have been hospitalized after an American Airlines flight from Athens, Greece experienced extreme turbulence prior to landing in Philadelphia.

We spoke to Ian Smith of South Philadelphia after the flight, who described the terrifying experience.

"Thirty minutes out. They were giving us our drinks. The flight attendants were in the last couple rows when they said 'fasten your seat belts.' And then they said for the flight attendants to get to their seats, and they didn't even have time. It started shaking, then it took a big drop. Babies screaming, people in front of us hitting the ceiling," Smith said.

There were a total of 299 people onboard the flight - 287 passengers and 12 crew members.

"There was just very slight turbulence for about five seconds and then suddenly it felt like the whole plane was in free fall," said New York City resident Alex Ehmke.

Passengers say the turbulence lasted for about 15 seconds.

Of the injured, three were passengers and seven were crew members.

Jessica Huseman, a reporter for ProPublica, was on the flight. After landing she tweeted: "They'd *just* handed out drinks. This plane (that I'm still on) is soaked. Soaked. They'll be hosing this out for hours."

They'd *just* handed out drinks. This plane (that I'm still on) is soaked. Soaked. They'll be hosing this out for hours.

She said one of the flight attendants had dislocated his shoulder.

Huseman went on to remark on the professionalism of the flight crew, saying, "Impressed w the attendants on this @AmericanAir flight from Athens."

Lol guys there's coffee inside the lights. INSIDE. God I smell terrible. pic.twitter.com/lcQ2GawaR8

Here's the ceiling of the plane pic.twitter.com/lKO75JVhF2

"American Airlines flight 759 from Athens, Greece to Philadelphia International Airport briefly encountered severe turbulence shortly before landing safely in Philadelphia. The seat belt sign was on at the time. Three passengers and seven crew members were transported to a local hospital for evaluation. We are taking care of our passengers and our crew members at this time and want to thank our team members for keeping our passengers safe."