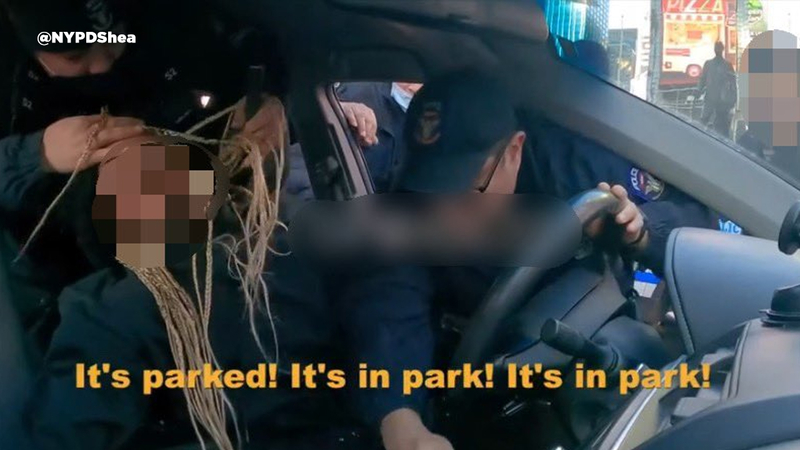 TIMES SQUARE, Manhattan (WABC) -- A YouTuber has been arrested after being accused of faking a medical emergency in Times Square.

Zeeshan Saroya, 30, of Queens, who goes by Prince Zee on YouTube is facing several charges.

The YouTuber who faked a medical emergency in @TimesSquareNYC to gain followers also gained a criminal record, as he’s now been arrested & charged with the dangerous stunt that took NYC first responders away from other NYers in actual distress. pic.twitter.com/OdtkjC1dbu

Pictures show the YouTuber slumped behind the wheel of a car and later on the ground surrounded by officers in what Police Commissioner Dermot Shea called a "dangerous stunt."

The incident happened back on January 10th at Broadway and West 46th Street.

Some of his more popular YouTube videos are titled "Lighting a Baby on Fire" and "pooping in an adult diaper around NYC."