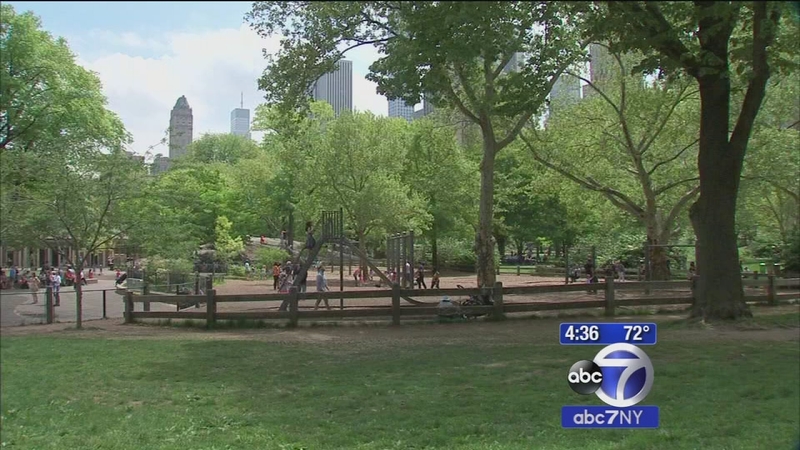 NYC spending $135 million to give small parks a facelift

NEW YORK (WABC) -- New York City parks are getting a big boost. Millions of dollars will be allocated to improve and create parks in neighborhoods that need it most.

Bill de Blasio campaigned on a tale of two cities, the rich and the poor, and he vowed things would change.

In parks like Lafayette Playground in Gravesend, Brooklyn, that change is coming.

The playground is small, only about an acre in size and it is virtually all concrete.

The mayor says there are way too many parks like it all over the city especially in low-income neighborhoods.

Tuesday, city officials announced an extra $135 million added, and 12 more parks. Lafayette is earmarked to get $5 million. In about three years, it should look a lot different.

"Greener, more active, multi-generational and a place for families," said Parks Commissioner Mitchell Silver. "And there will be grass here?", he was asked. "And yes there will be lots of grass here," he said.

The parks commissioner is following the mayor's mandate: concentrate not on glitzy Central and Prospect Parks, but smaller, sadder parks that need help. Neighbors say it's about time.

"Manhattan just gets too much?", she was asked "Too much," she said.

In all, 67 small parks will eventually get a facelift, a new lease on life, and far from those concrete playgrounds of yesterday.

"And these were low maintenance high-fenced areas where kids could lay and be safe form the environment but you know things have changed," said Silver.