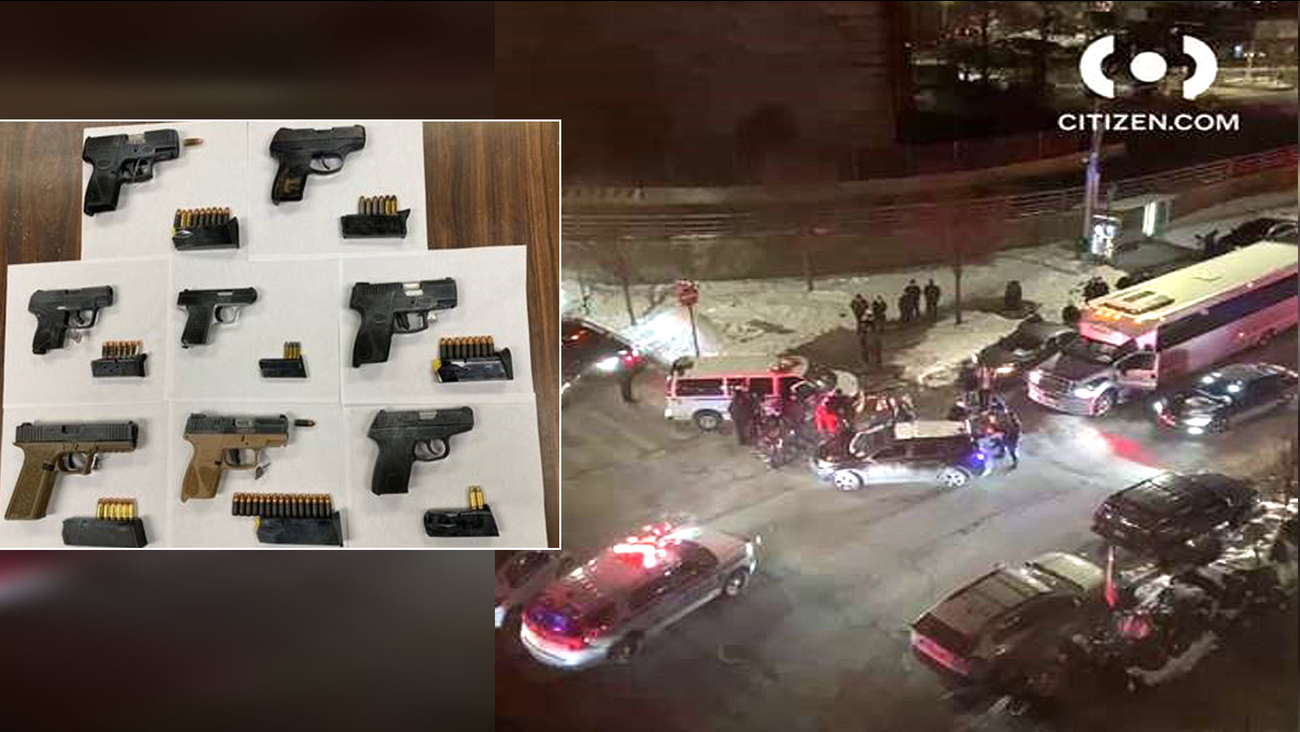 DUMBO, Brooklyn (WABC) -- Eight guns were seized and 14 people, three of them juveniles, are in custody after police pulled over a packed party bus in DUMBO, Brooklyn.

The bus was returning to Brooklyn from Manhattan when officers pulled it over on Front Street at around 12:30 a.m. Friday.

Police say a total of 41 people were on the bus, and some of them were posing with handguns in pictures posted on social media, prompting the stop. 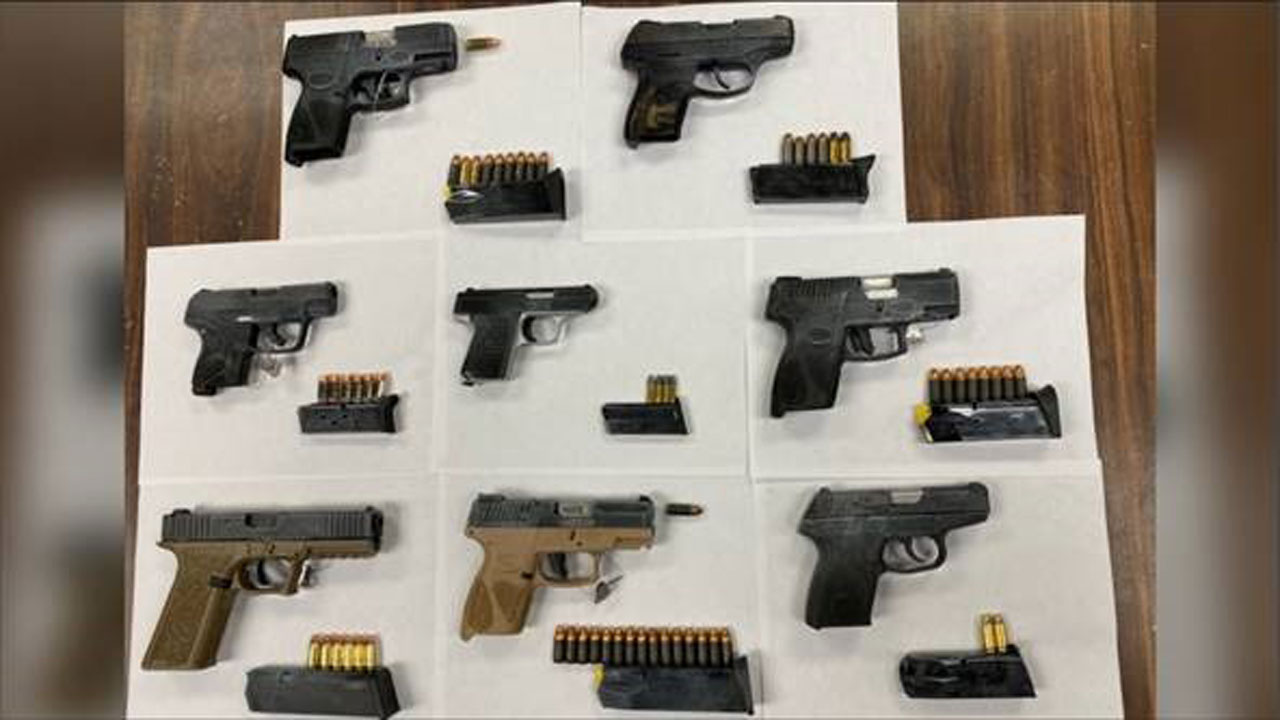 Pictures of guns seized by the NYPD from a "party bus" in DUMBO, Brooklyn on February 12, 2021.

Eight handguns were recovered on the bus.

There is a connection between some of the suspects to the Unity Houses, a city-run apartment complex in East New York, Brooklyn.

The three juveniles are also facing seven counts of criminal possession of a weapon each.

The victim is recovering after her harrowing ordeal.