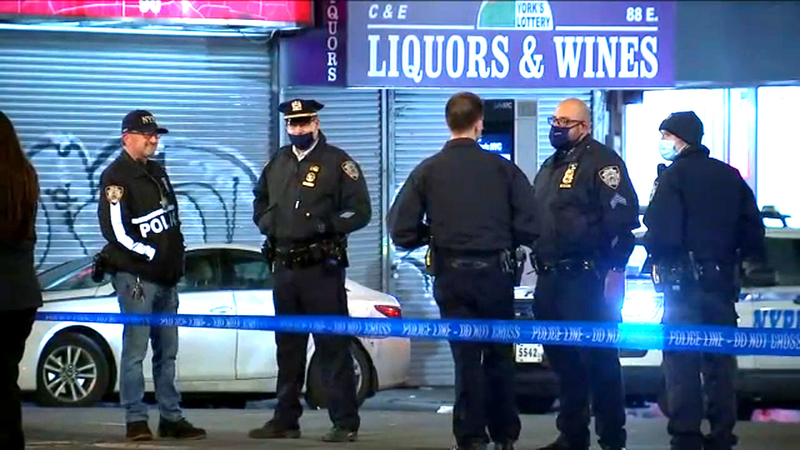 BRONX, New York (WABC) -- A police officer opened fire on a driver who fled a traffic stop in the Bronx Tuesday night.

The officer was injured, the driver was later taken into custody.

The officer pulled over the driver of a Dodge Charger, going east on East 167th Street at Walton Avenue, for a traffic violation at around 6:30 p.m.

ADVISORY: Avoid the area of East 167 Street & Walton Avenue in the Bronx due to an ongoing police investigation. Expect emergency vehicles and traffic in the area. pic.twitter.com/obutq9XWx3

As the officer conducted the stop, the driver sped off. The officer's hand was caught on the driver's side window as the vehicle fled.

The officer fired multiple shots at the vehicle, which was struck by the gunfire.

The officer was cut on the wrist and was take to BronxCare Health System for treatment of a minor injury.

Police searched overnight for the Charger and found it unoccupied in the vicinity of Jessup Avenue.

26-year-old Luis Cabrera was apprehended nearby on Fordham Road.

He was charged with attempted assault on police officer, reckless endangerment and vehicular assault.

TOP STORY: Subway stabbing suspect had knife on him when he was arrested
EMBED More News Videos