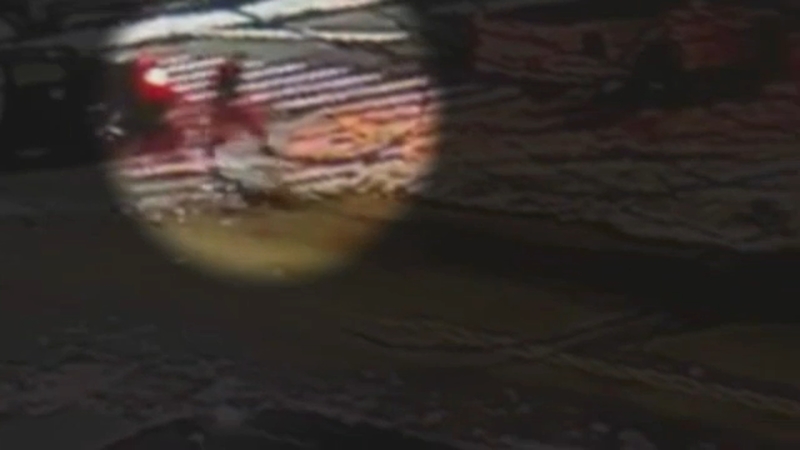 GRANITEVILLE, Staten Island (WABC) -- An arrest has been made in a deadly hit and run on Staten Island that killed a 68-year-old woman and left her husband gravely injured.

Police arrested 18-year-old Prince Nesbitt-Hall, of New Jersey, who allegedly fled on foot after T-boning a Mercedes at Lamberts Lane and Elson Street in the Graniteville section around 6:20 p.m. Tuesday.

Kauser Akhund was killed, and her 70-year-old husband remains in critical condition with severe head trauma and bleeding on the brain.

Sweet video captures a baby giggling and dancing after hearing music for the first time, thanks to cochlear implants.

Police say an 18-year-old who claimed his Honda Accord was involved in the crash showed up at the 121st Precinct Wednesday morning and told officers that someone had stolen the vehicle.

As police began talking to him, he suddenly ran out of the precinct. He was found the next day and taken to a hospital for treatment.

They says Nesbitt-Hall was that teen, and that a knapsack found in the totaled vehicle was linked to him. It appears he was attempting to convince detectives that someone else was driving the stolen car.

He is an unlicensed driver and is believed to have been driving around in the Accord since it was stolen in Hackensack on February 6.

Nesbit-Hall is charged with manslaughter, assault, leaving the scene of an accident resulting in death, criminal possession of stolen property, reckless endangerment, falsely reporting an incident, reckless driving, a motor vehicle violation for no license, failure to stop at a stop sign, and a speed violation for imprudent speed.

He has three prior arrests, all on Staten Island. one for grand larceny and two for petit larceny.