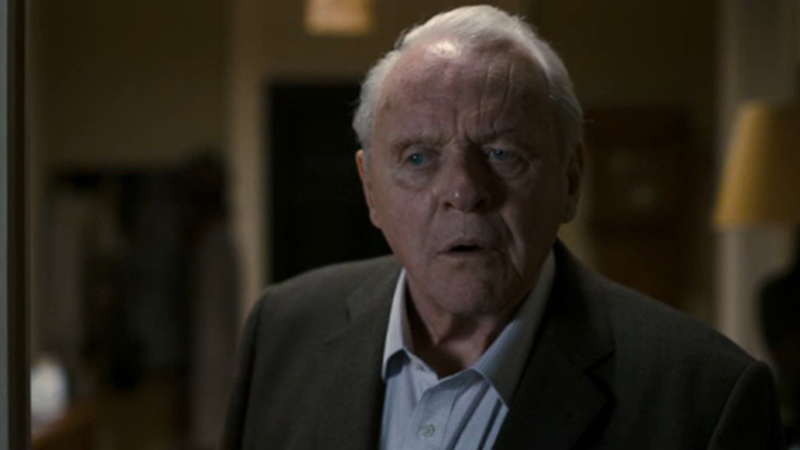 Almost 30 years has passed since the release of "The Silence of The Lambs," which earned Sir Anthony Hopkins an Oscar for his lead role opposite Jodie Foster and is one of only three movies to sweep all five major Academy Awards categories.

Now, the veteran star is expected to be back in the Oscar race at the age of 83 thanks to the February 26 release of "The Father."

It is what's called a tour de force of acting, which is a French expression meaning, literally, "a feat of strength," -- or in this case, a couple of impressive performances by two of the very best.

"The Father" stars Hopkins in the title role opposite Olivia Colman as his daughter.

"What's the matter, dad?" she keeps asking him, as he is having trouble determining what's real and what isn't.

He observes that, "There's something funny going on," and viewers will share his confusion and wonder about the identities of people who keep popping up.

Raising such questions helps us get inside the mind of a man suffering from dementia and leads to greater understanding of the cruel disease.

But fair warning: This film will be tough -- or even impossible -- to watch for anyone who has ever witnessed the slow decline of a parent.

It's quite obvious the film began life as a stage play, because much of the action takes place in a couple of apartments. But the sense of confinement, even claustrophobia, adds to the emotional impact of a proud man's descent into a fog of confusion.

"Saw it in his eyes," says the daughter to her husband. "(He) didn't know who I was. It was like I was a stranger to him."

For students of great acting, this is a master class from a star who remains at the peak of his powers more than 60 years after he started acting.

Hopkins is nominated for a Golden Globe, as is Colman for her vivid portrait of anguish painted with sighs, sorrows, and quite a few tears.

Both actors are heavy favorites to earn Oscar nominations on March 15, and they very much deserve the recognition.

The website Gold Derby, which tries to predict who will get the nod, has Hopkins as one of the favorites in the Best Actor category alongside the late Chadwick Boseman for "Ma Rainey's Black Bottom," Riz Ahmed for "The Sound of Metal," Gary Oldman as "Mank," and Steven Yeun for "Minari."