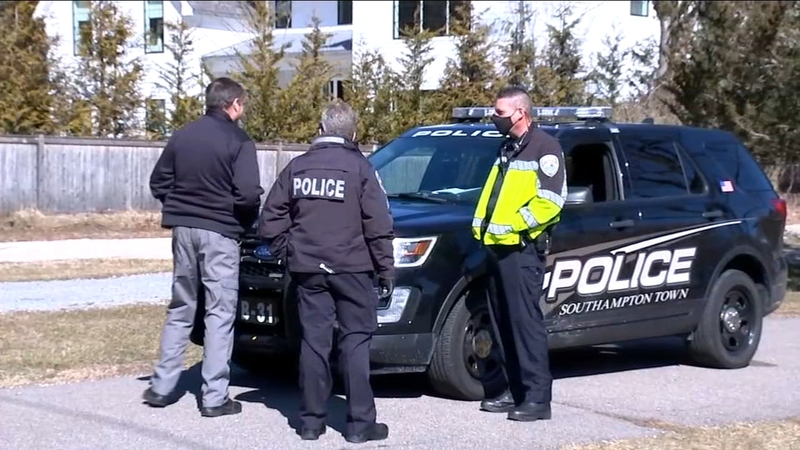 It happened on Long Springs Road in a community known as Hampton Park in Southampton, and officers arrived to a call of a shooting to find partygoers running from the house.

Neighbor Ann Ernst, who lives down the street, said that despite the distance, she could still hear rapid gunfire just after 2 a.m.

"I heard a multitude of shots," she said. "I would say seven or eight, sounded like an automatic weapon."

Police say as many as 20 shots were fired.

"Some of the partygoers themselves called 911, including one individual who reported that she was hiding in a closet at the time," Southampton Police Chief Steven Skrynecki said.

Police say the home was illegally rented through VRBO for just one night, even though Southampton town code requires a minimum stay of two weeks for home rentals.

The quiet Hamptons community is trying to crack down on transients, especially during the pandemic, but neighbors say this isn't the first time.

"Halloween, they had a big party, no masks, a lot of music," Ernst said. "One time they had so many people and they were drunk, they had to drive them back to New York City in a bus."

Police say many of the guests, including the injured, scattered when they arrived. The three victims drove themselves to an area hospital with non-life threatening injuries.

Authorities are hoping they cooperate so the investigation can move forward.

There is no word yet on whether weapons were recovered, but police said to expect criminal charges and a hefty fine for the owner.