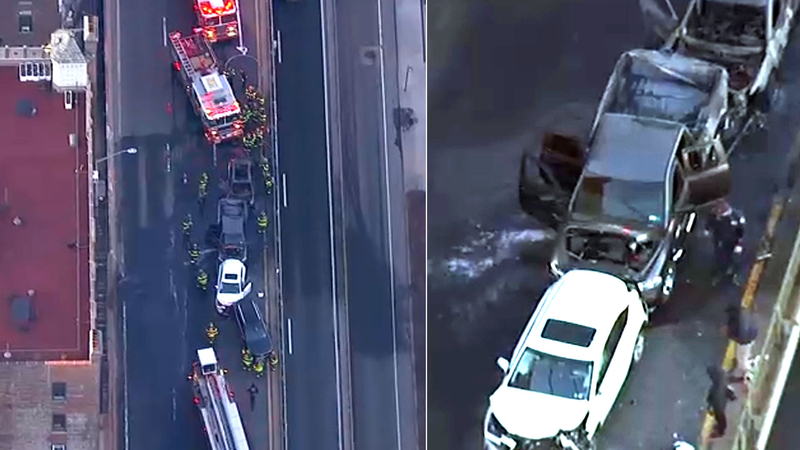 BQE shut down by fiery crash

NEW YORK CITY (WABC) -- One lane was getting by after a fiery, multi-vehicle crash shut down the Brooklyn-Queens Expressway in Brooklyn.

It happened before 6 a.m. Wednesday just north of the Atlantic Avenue exit.

Four vehicles were involved in a chain reaction pile-up.

The last car appears to have caught fire, and the flames spread to a pickup truck ahead of it.

Heather O'Rourke has an update on the traffic nightmare caused by Wednesday morning's multi-vehicle pileup.

Video from NewsCopter 7 showed multiple firefighting units on the scene.

There were no immediate reports of serious injuries.

The incident caused extensive delays in the area, as traffic was diverted off at Atlantic Avenue.

Police were working to determine what led to the crash.