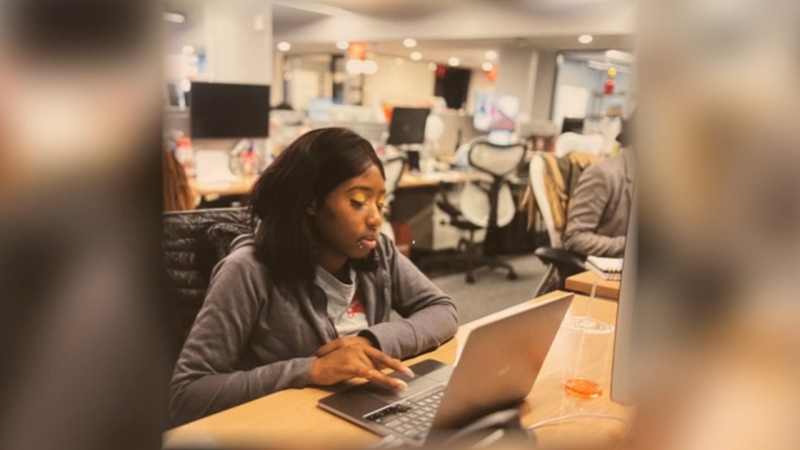 NEW YORK (WABC) -- The Women's Prison Association says New York State spends $6 billion a year on corrections, and advocates say the needless incarceration of some women is contributing to that staggering number.

Now, one woman has turned the trauma in her life into strength, and by sharing her story, she hopes to end mass incarceration.

"I am a mom, I am an activist," Kamilah Newton said.

You can add survivor to that list -- a childhood that was taken too soon.

"There had already been a pattern of sex abuse toward children in my family going back two or three generations," she said. "A cousin of mine raped me. I spent a lot of my teenage years being suicidal."

Newton says she self-medicated by getting into abusive relationships, which took her down a road that nearly cost her three years in prison.

"I had a charge for bringing contraband to jail," Newton said.

All it took to break the cycle was for someone to believe in her.

"The biggest thing that we can do to interrupt intergenerational trauma is by not having women sent away to jail or prison," said Miriam Goodman, Women's Prison Association.

The Women's Prison Association is the nation's first organization for women serving or facing incarceration.

"Women we work with are often charged with violent crimes," Goodman said.

Goodman worked with the court system to seal Newton's record upon her graduating from the nonprofit's Alternative to Incarceration Program.

"The goal is really to work with women on whatever it is that they want to work on," Goodman said.

According to the Bureau of Justice statistics, the number of incarcerated women in New York state prisons dropped from about 2,200 to 1,900 between 2017 and 2019.

The Women's Prison Association says 86% of all incarcerated women have reported experiencing sexual violence prior to arrest.

"I shudder to think what my life would be like without WPA," Newton said.

Not only did the association help Newton find a therapist, it helped give her a voice.

The survivor-now-journalist is giving a voice to other women and underserved communities.

Newton isn't stopping there, she's hoping to get her bachelor's degree in race gender studies.