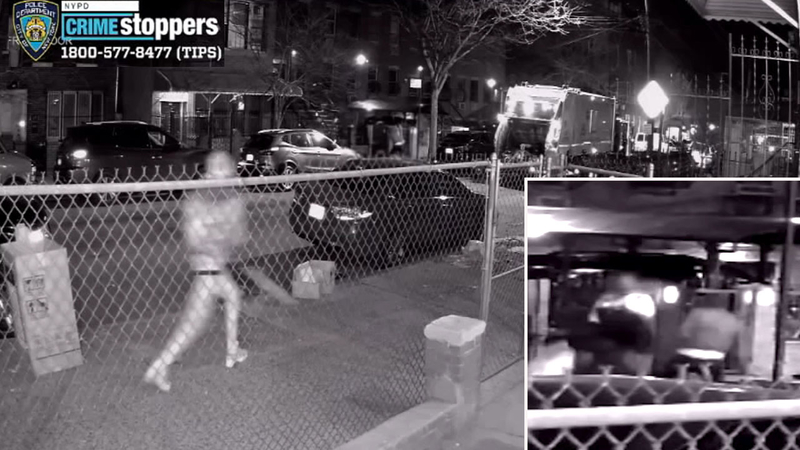 The assault was caught on video and apparently started when two women in a for-hire car couldn't get around the truck on Milford Street near Outlines Avenue in East New York.

Police believe those women called four men, who then pulled up in a red Chrysler 300 about 1:40 a.m. Three of them exited the vehicle and began beating a 42-year-old sanitation worker with a bat and golf club.

One of the men showed a knife and stole the worker's phone.

When the second sanitation worker went to help his coworker, they proceeded to punch and kick him several times, apparently shouting, "What did you say to my girl?"

The suspects then fled the scene.

Fortunately, the sanitation workers did not suffer life-threatening injuries.

The Sanitation Department issued the following statement after the attack:

Sanitation Workers have an incredibly difficult job, working day and night to keep New York City clean and safe, and assaulting a Sanitation Worker is a felony. We encourage anyone with information about this attack on two of New York's essential workers to come forward.

Police are also asking for the public's help as they work to track down the suspects.