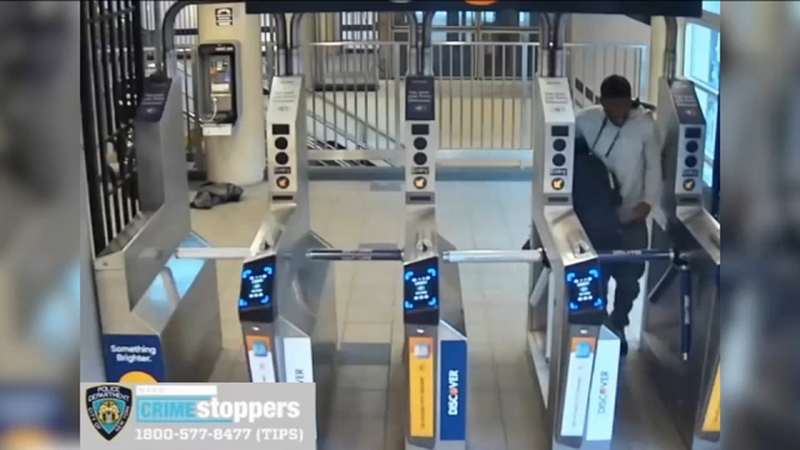 BEDFORD-STUYVESANT, Brooklyn (WABC) -- A man is wanted for randomly attacking a woman on a Queens-bound M train in Brooklyn.

Police say the 38-year-old woman was punched in the back of her head by the man.

When she turned around, he punched her in the face, and then struck her several more times.

It happened on Sunday, March 7 at 6:50 a.m. as the train was arriving at the Myrtle/Wyckoff avenues station.

The attacker then got off the train and fled.

The woman suffered pain and bruising to her face.