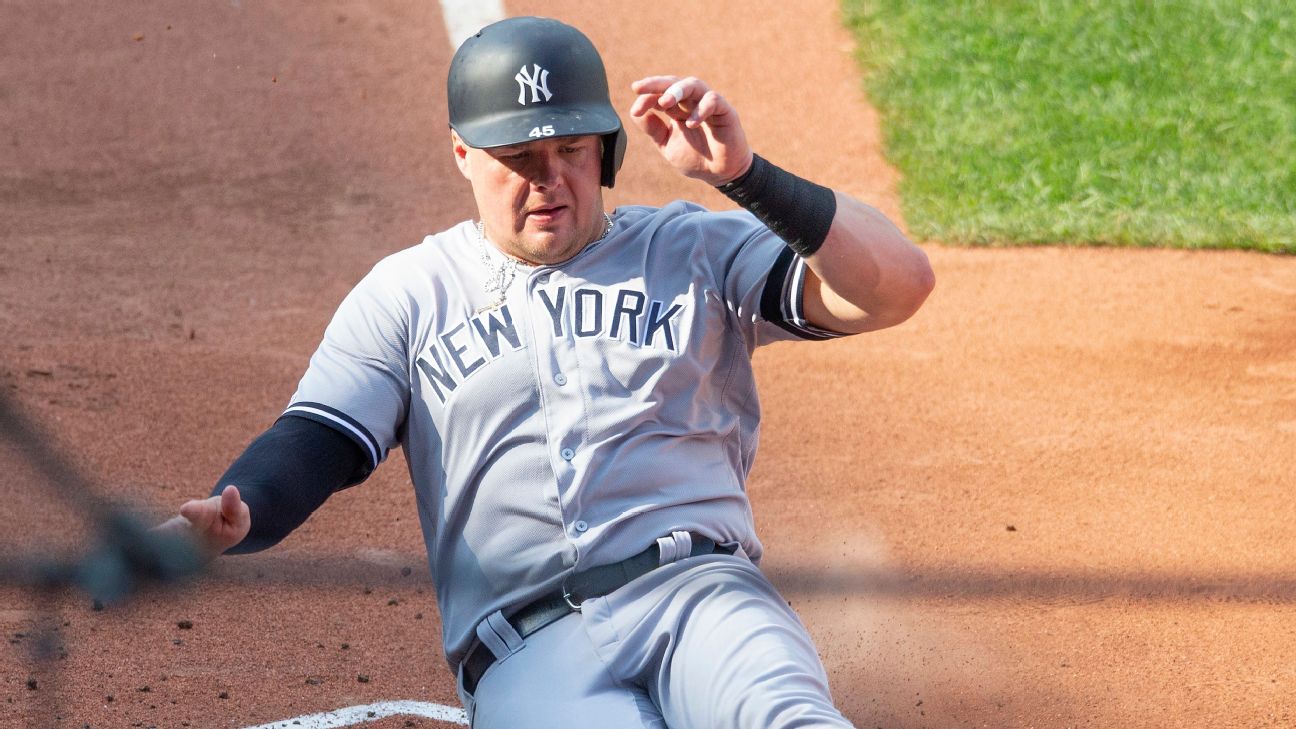 Voit will not have any baseball activities for three weeks after the operation on his left knee, manager Aaron Boone said. Voit is expected back in May.


"Let's have the surgery, see how the early days are, and then we will be able to evaluate," Boone said.

The injury to Voit, who hit 22 homers in the pandemic-shortened season to lead the majors, played a role in the decision to add Bruce, who attended spring training with a minor league contract.

"We're going to be missing Luke, but I know Jay Bruce is going to come in and do some special things for us," Yankees right fielder Aaron Judge said. "Luke is a big part of this team, big part of this offense. He's a really vocal guy in the clubhouse who gets us motivated. I'm excited to have Jay Bruce on this team. This is why he came to this team, was to help any way he can and help us win a championship."

Voit had an MRI exam on Friday, which led to discussions that night on whether the slugger would go through a treatment program and try to play through it or have surgery and start the season on the injured list.

"Decided to go in and have that cleaned up," Boone said. "Functionally he was playing, but was still dealing with some swelling in there after games and things like that. Felt like calendar-wise it was best to get this taken care of with hopefully putting it behind him for the bulk of the season."

Bruce, who turns 34 next Saturday, has played 1,510 major league games in the outfield and 54 at first base, including two last season.


"It was part of the equation," Boone said. "So Jay is with us. I expect him to play a lot and a lot of first base for us. Excited to see what he can do for us."

Bruce gets a contract paying $1.35 million while in the major leagues and $150,000 should he be assigned to the minors.

"I was waiting on the Yankees to let me know," said Bruce, who was informed about the decision early Saturday morning. "Clearly this is where I wanted to be. This is why I signed here. I'm extremely excited."

Bruce is hitting .194 with two homers and three RBIs in 31 at-bats during spring training.

Boone said Mike Tauchman, who is out of minor league options, is set to be an extra outfielder.

Mike Ford, considered the front-runner to back up Voit when spring training started, went 4-for-4 with a solo homer in Saturday's 5-1, eight-inning win over Toronto. Ford was optioned to Triple-A Scranton/Wilkes-Barre on March 19.

Gleyber Torres was 3-for-3 with a pair of homers, giving him five overall.

New York released infielder Derek Dietrich and injured catcher Robinson Chirinos from minor league contracts. Releasing them does not preclude the Yankees from re-signing them.

Right-hander Clarke Schmidt was placed on the 60-day injured list with an elbow strain, opening a spot for Bruce on the 40-man roster. 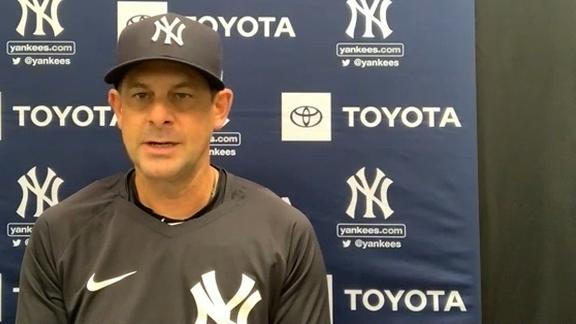