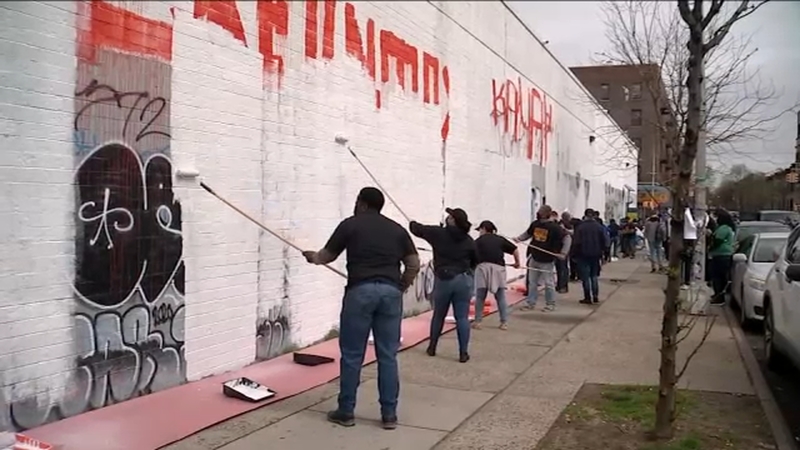 Volunteers met at their local precinct station houses in the morning, then headed to different locations to paint over graffiti that was previously reported to police.


The NYPD says the initiative will both help the police department identify graffiti for investigative purposes and to improve the look of the neighborhoods.

"This is how we build bridges and create trust," Chief of Community Affairs Jeffrey Maddrey said.

On Tuesday, Mayor Bill de Blasio announced that the city would be adding 10,000 jobs with the newly created City Cleanup Corps.

"I am appalled at media reports on the discovery of anti-Semitic graffiti on Setauket Elementary School's playground equipment on Long Island," Gov. Andrew Cuomo said. "This hateful graffiti is diametrically opposed to the values of tolerance and understanding that are pillars of the society we've built in New York State, and the fact that it was found in a place of learning for young children makes it even more disturbing. I am directing the New York State Police Hate Crimes Task Force to immediately offer assistance in the investigation being conducted by the Suffolk County Police Department's Hate Crimes Unit, and I look forward to seeing the people responsible for this crime brought to justice."

Empty cruise ships were scheduled to arrive Friday at the eastern Caribbean island of St. Vincent to help evacuate thousands under threat of a volcanic eruption.