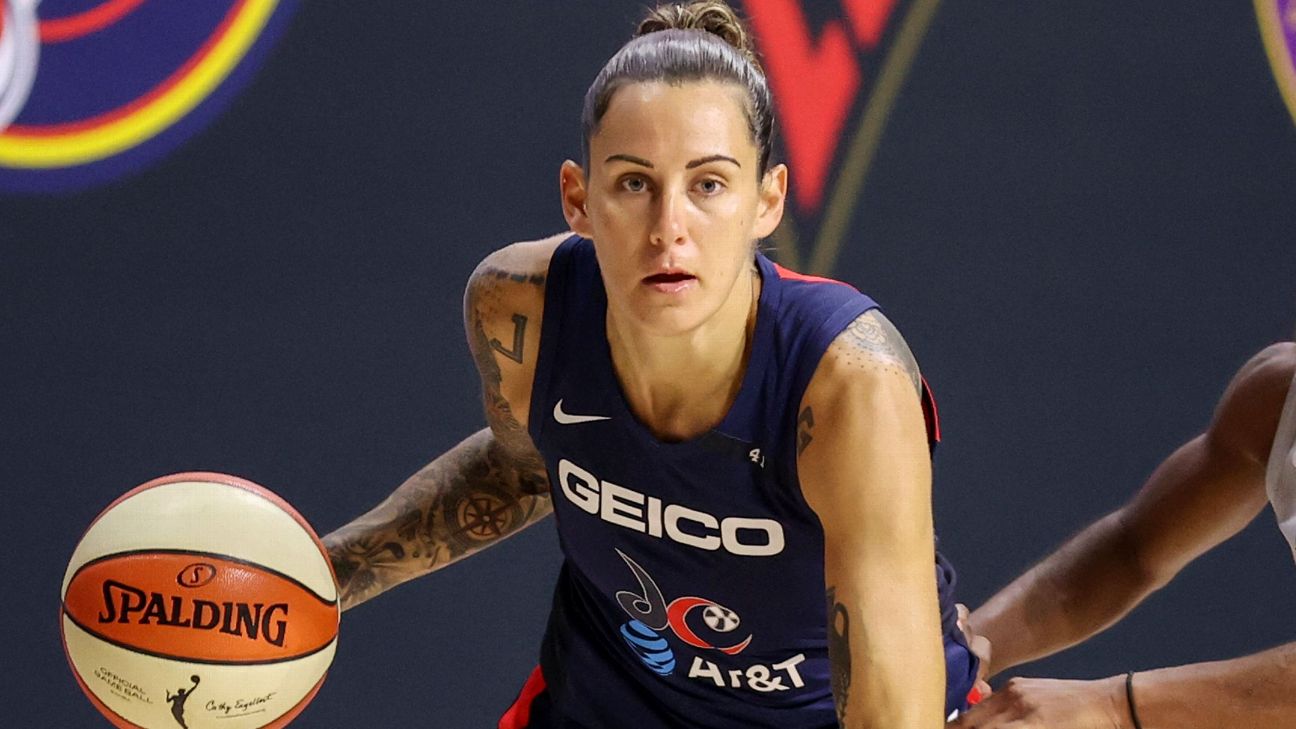 When the offer came for Jacki Gemelos to move into coaching after persevering through an injury-riddled playing career, she appreciated both the opportunity and the fit with a youthful New York Liberty team that includes 2020 No. 1 draft pick Sabrina Ionescu.

Gemelos, who will be an assistant on Walt Hopkins' coaching staff, spoke to the media Wednesday about her role.


"I definitely thought there would be coaching in my future," Gemelos, 32, said in a Zoom session with reporters. "I just think I'm meant to be here."

Gemelos was a top-rated recruit at guard in 2006, having scored 3,162 points for St. Mary's High in Stockton, California. She went to USC, but a series of knee injuries delayed her college debut until February 2010.

Gemelos has had 10 knee procedures, including five ACL surgeries. She was limited to 57 collegiate games and 35 in the WNBA, including 18 last season with Connecticut and Washington. She was able to play for several years overseas.

Her resilience is well-known in the women's basketball world, and it's a quality she thinks will help her in coaching.

"That's what I really bring, especially into a young team," Gemelos said. "Just the experiences that I can share, and the struggle and the adversity and the things I dealt with in my career, I think, is a really good teaching point for me coming to this side.

"I feel like I'm that coach that's able to push players to the side and talk to them a little bit, get a feel for how they think, give them my perspective. Something I've been able to lean on is my playing days were so recent that I think they really hear me."


Ionescu is a California native, like Gemelos, and was able to have the stellar Pac-12 career that Gemelos hoped for before all the injuries.

Gemelos laughed and said she would have felt a bit nervous having her first coaching job with a veteran guard such as Seattle's Sue Bird or Phoenix's Diana Taurasi, but will be more comfortable starting out with several younger players on the Liberty.

New York went 2-20 last season and lost Ionescu to an ankle injury in the third game. So this is kind of a second rookie season for her.

The Liberty start the 2021 season by hosting Indiana on May 14 at their new home, Brooklyn's Barclays Center.