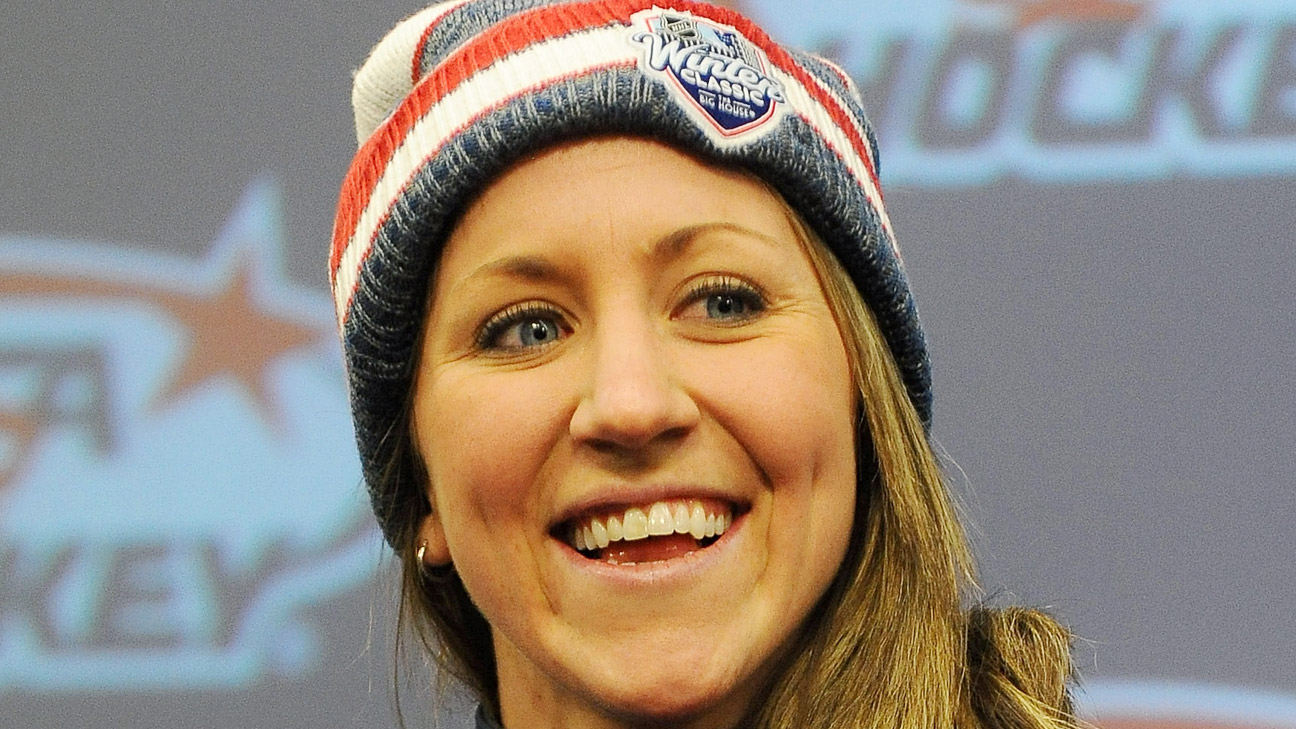 Duggan is believed to be the first openly gay person to work in hockey operations in the NHL. She's married to former Canadian women's hockey player Gillian Apps.


"I'm looking forward to getting to work, and adding value in an area that I've committed my entire life to," Duggan told ESPN. "But I also hope people see this and realize there's a space for those who haven't traditionally been in these roles -- women, or BIPOC community members; there's a space for that. Times are definitely changing, and I'm excited to be part of it."

Duggan, 33, retired in October after a 14-year stint with the national team, which included seven gold medals at the IIHF world championships and three Olympic medals -- silvers in 2010 and 2014 and a gold medal in 2018.

The Devils already have one of the NHL's highest-ranking women in hockey operations. Kate Madigan was promoted to executive director of hockey management/operations in 2020. Duggan's hiring also comes on the heels of the Toronto Maple Leafs promoting Canadian national team legend Hayley Wickenheiser to senior director of player development this week. Wickenheiser holds the highest role ever for a woman in hockey operations on an NHL team.

Duggan will work across all levels of the organization, helping with a variety of development plans for prospects on and off the ice. Part of Duggan's role will include being on the ice with the team.

She spent the past several months exploring her options in several areas of hockey, waiting for the right opportunity.


"I did a lot of thinking on my own of what's important to me as I navigated my next step," Duggan said. "Not just with role, but also culture and experience and room for development and growth. This opportunity that presented itself with the Devils is exactly all of that. I'm thrilled to be joining a group that, from what I'm learning, puts an incredible emphasis on culture, mindset and growth mindset. It feels right in my gut."

In September, the NHL laid out a comprehensive plan to issue "the mandate to make our sport and our league more welcoming and inclusive." That included the establishment of a Player Inclusion Committee, which is co-chaired by Devils defenseman P.K. Subban and NBC analyst Anson Carter and features several women's national team players, including Duggan.

Duggan said her role on the committee gave her "confidence to have more conversations" and extend her network.

"In the past, I don't think there has been a great pipeline for women, to be honest," Duggan said. "Not that it's an excuse. But I do think the pipelines are growing. There are initiatives at different teams or at the league level that help bridge the gap for those looking to hire and those that are looking for positions."

Duggan also hopes to be a role model for working moms.

"The Devils know I'm a young mom. They know I have a 15-month-old son, and they're excited about that too. They're excited to welcome my family, my wife, into their group, and that speaks volumes to me," Duggan said. "Setting the standard in hockey too -- not only can women do things like this but working moms can do things like this -- that's important. I know that being a mom empowers me and makes me a better person, a better leader. I've learned new ways to work -- maybe on less sleep -- but it's wonderful for me to be part of groups that recognize and value that."
Report a correction or typo
Related topics:
sportsespnnewsnhlolympic sportsnew jersey devilsice hockeyespnw
Copyright © 2021 ESPN Internet Ventures. All rights reserved.
TOP STORIES
Building under construction in NJ collapses amid gusty winds
Exclusive: Sade goes one-on-one with FLOTUS Dr. Jill Biden
COVID vaccine mandate announced for NYC private-sector workers
NYPD officers spread cheer, safety during toy giveaway in NYC
AccuWeather: Turning colder with some snow possible Wednesday
NYRR to require proof of COVID-19 full vaccination
Suspects arrested in unrelated deadly stabbings near Penn Station
Show More
Fired CNN anchor Chris Cuomo steps away from SiriusXM show
The Countdown: Biden, Putin's crucial call; 'Build Back Better' bill
Supply chain crisis leads to cream cheese shortage in NYC
NY man threatened to attack NYC Pride, LGBTQ businesses: Prosecutors
NYPD K-9, partner showcase skills in national police dog challenge
More TOP STORIES News