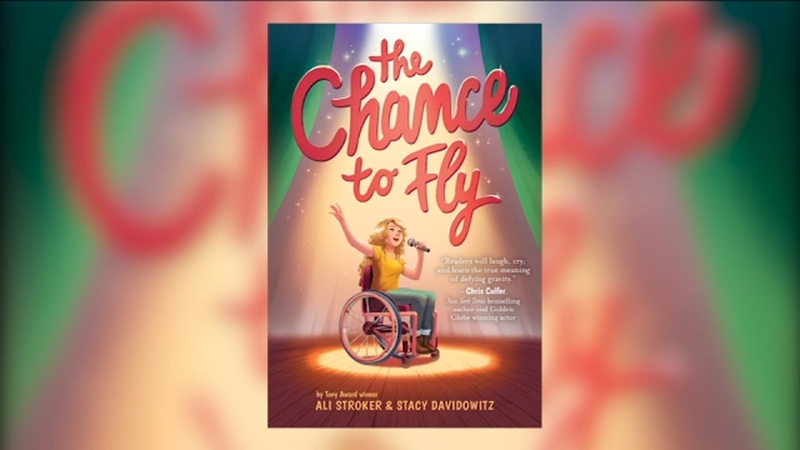 RIDGEWOOD, New Jersey (WABC) -- Ali Stroker's determination to succeed on stage has inspired so many.

The Tony Award winner, who was the first actress in a wheelchair to appear on a Broadway stage, says she now wants to empower young people with disabilities to pursue their dreams as well with a new children's book.

"I had voice teachers and theatre directors who believed in me, and they didn't have any experience working with somebody in a wheelchair," she said.

Growing up in Ridgewood, Stroker's village had her focus on what she could do with her magical voice and gift for creative expression.

"They saw a young girl with a ton of talent, and they, they wanted to help nurture that," Stroker said.

It was the nurturing and support that led to the success of the Broadway actress, with Stroker becoming the first person in a wheelchair to win a Tony Award in 2019.

The 33-year old actress is now giving young disabled kids what she didn't have: a role model. Someone in her shoes who had big dreams.

Stroker co-authored the children's book "The Chance to Fly" and it parallels her childhood. It's about a young girl in a wheelchair who wants to perform on stage in the theater.

"I was really scared and nervous I had a disability, and I felt really alone," Stroker said. "And so, I wanted to create the chance to fly, so that people young kids could feel like they weren't alone."

And they aren't, as the New Jersey native also devotes time to virtual readings of this inspirational and creative expression of herself.

"I wanted this to exist in the world," she said. "I wanted young people to have this."

Deep in the Hundred Acre Wood, a new adventure is about to happen.