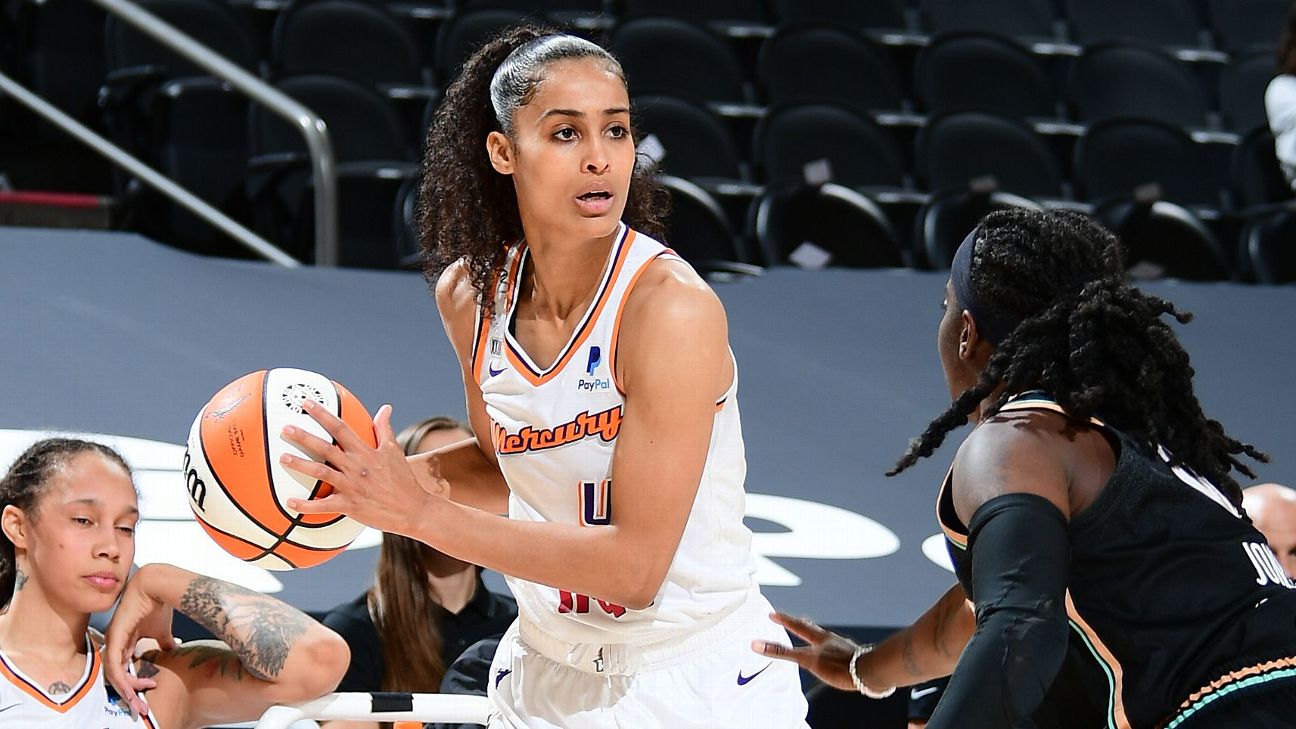 Instead of games on Monday night, we got more drama than the series finale of "Keeping up with the Kardashians."


It all started when the New York Liberty's Jazmine Jones came upon a tweet hyping up one Skylar Diggins-Smith for putting Jones' teammateDidi Richards on skates over the weekend.

Sure, Jones -- whose game winner took down Diggins-Smith's Phoenix Mercury on Sunday -- could have taken the high road and kept scrolling, but instead she woke up and chose violence ... er, turned to Twitter fingers to express her displeasure.

Not only did Diggins-Smith tell Jones to sit down, but she seized the opportunity to sound off on the Liberty's marketing strategy as a whole.

For those who aren't fluent in the happenings of WNBA Twitter, Diggins-Smith was making the claim that New York plugs 2020 No. 1 overall pick Sabrina Ionescu more so than any of its other players.


This isn't the first time the Phoenix star has called out discrepancies in how players are publicized throughout the league. She also shared her thoughts on the matter back in January when skills coach Alex Bazzell commented that UConn freshman phenom Paige Bueckers would already be a top-five point guard in the league, with Diggins-Smith drawing attention to how basketball media is more quick to exalt white players than Black ones.

But Diggins-Smith wasn't done there. She doubled down on her stance with a pointed tweet about "crabs in a barrel":

If you come for Diggins-Smith, you best not miss.

Which is a rule that apparently applies to Jones too because she was in no mood to back down. As evidenced by her next tweet:

And one after that which I can't include in this story on account of NSFW language -- it basically insinuated that she is, in fact, about that action.


And the tasteful (read: petty) retweet of her Sunday dagger for good measure. You know, just in case Diggins-Smith needed to be reminded of the L she took.

While the superstar and the second-year guard were going at it behind their keyboards, players, teams and stan accounts couldn't help but bask in the drama that wasn't theirs.

Which was admittedly a nice of change of pace for Liz Cambage.