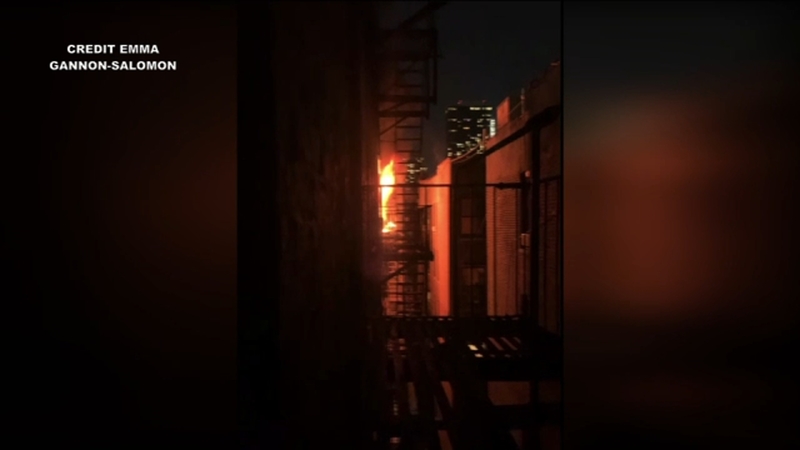 HELL'S KITCHEN, Manhattan (WABC) -- A tenant using extension cords to power appliances in his apartment sparked the second fire in Hell's Kitchen in as many nights.

"The tenant had no power in the apartment and was taking power from somewhere else with extension cords and that caused the fire," Fire Commissioner Daniel Nigro said of Wednesday night's blaze.


Video showed several people climbing to safety after the fire broke out just before midnight in the building on 9th Avenue.
The fire in the five-story building went to two alarms. Some 25 units and 106 firefighters battled the flames.

Four firefighters were treated at area hospitals for minor injuries.

The blaze broke out just one block away from a building fire where several people were injured and had to be rescued less than 24 hours earlier.


That fire, which led to three residents being rescued by firefighters, was caused by an overloaded power strip.