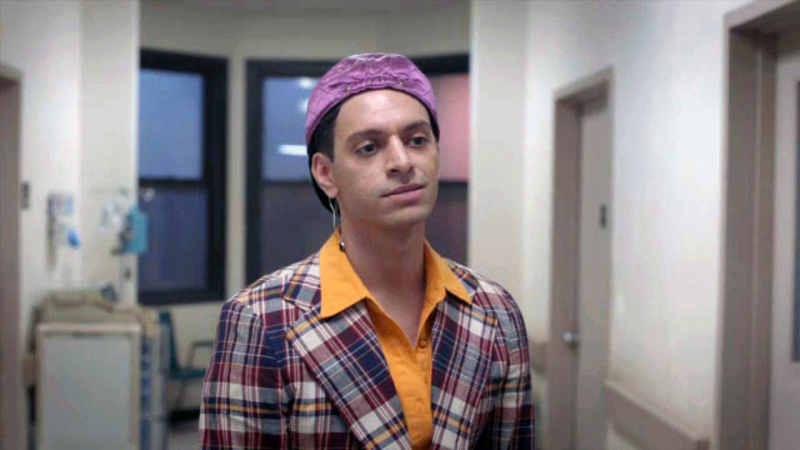 Jason Rodriguez's story is about the intersection of ability and opportunity, when the place where what you want to be meets with what you can do.

One of the stars of "Pose" was ready when his favorite form of dance came back in vogue, and now, he hopes to build on his success.

For Rodriguez, "Pose" is just part of a larger plan -- and he hopes to build on his momentum from the FX show to broaden opportunities for LGBTQ+ youth.

"It comes from my experience from not feeling secure and safe to be able to do my work," he said.

After three trailblazing seasons, the FX smash hit series "Pose" has come to an end.

To talk to him is to learn the history of "vogue," not the magazine, but the dance.

He was inspired by Madonna's 1990 video by that name, which was released before he was even born.

He found a mentor in dance legend Benny Ninja, who has appeared on shows like "America's Next Top Model," and he took classes with Ninja after graduating from SUNY Purchase in 2012.

And so, he found himself in the perfect position when "Pose" got started.

"I felt like I had these three, four years to train as a voguer, not only in the ball scenes, in the competitions, but also in front of a camera," he said. "And so when it came time for that casting, I felt I was ready to take on this role of Lamar."

The show's third and final season got underway with a lavish party at the Time Warner Center, and inside was a giant billboard that served as a big display of Rodriguez's talent and skill.

"I am the one who creates and helps in the creation of the images you get to see," he said.

And his involvement in the billboards and promos came at that intersection of ability and opportunity.

A star-studded premiere in Manhattan Thursday night for the third season of the critically acclaimed drama series "Pose" was the first red carpet events in the city since the coronavirus pandemic hit.

He is what's called a movement coach, who shows the other performers to literally hold their poses for about a minute and then slowly alter their stance while the camera clicks away.

Now, he wants to open a talent agency to represent those who have been underrepresented in film and TV.

It's not about waiting for the opportunity to come.

"We can pave it for ourselves," he said.

So his search is on for LGBTQ+ talent with a special emphasis on Black, Indigenous, and People of Color performers so he can give them a chance to shine.