WABC
By Lucy Yang
RED HOOK, Brooklyn (WABC) -- A bicycle delivery man was critically injured when a tree fell on him in Brooklyn Monday afternoon.

The incident happened near the intersection of Pioneer Street and Richards Street, between Red Hook Houses West and Red Hook Park, in the Red Hook section just before 1 p.m.

Most customers in New York don't pay much attention to their delivery man, but this man was different.

Residents say he was a friendly part of their community, always racing to the projects and the homes nearby to get the food delivered as soon as possible.

He's now in the hospital fighting for his life.

He was a popular delivery man bringing Chinese food takeout to this Red Hook community when disaster struck.

Eyewitness News is told the tree fell right on top of the worker. His loved ones rushed to the scene. From Newscopter 7 you could see his crushed bike underneath. 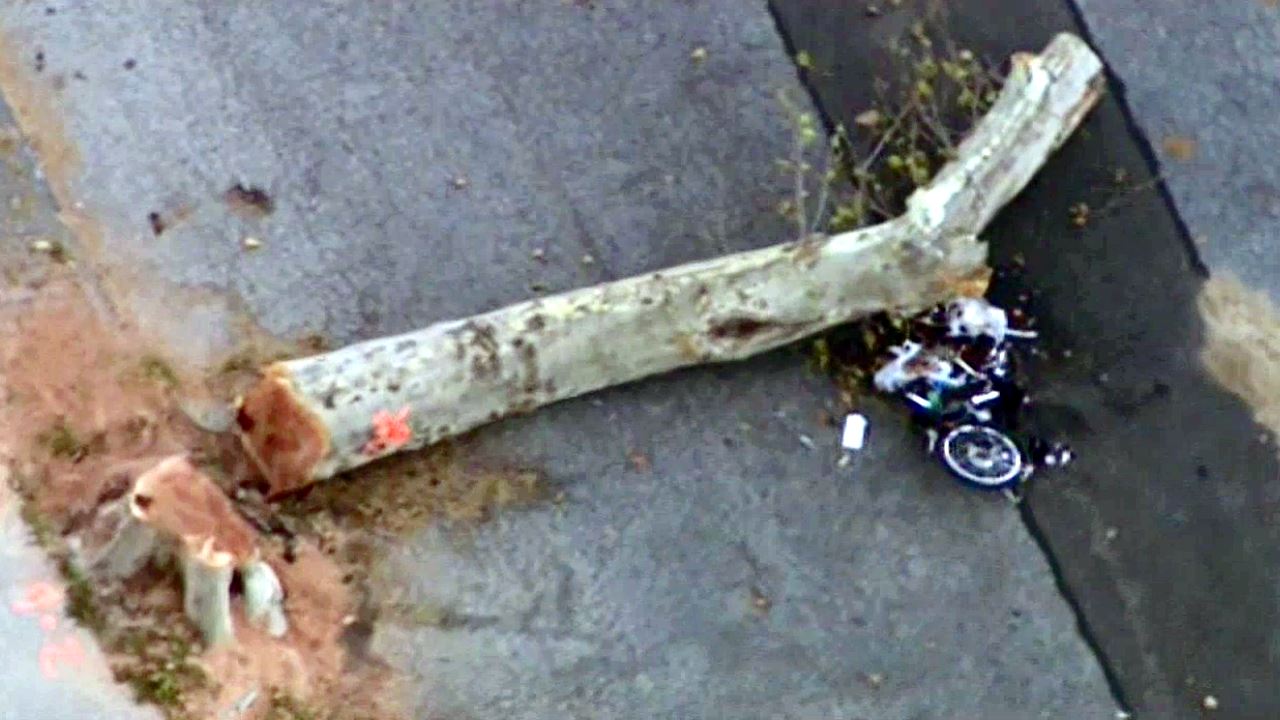 "Hard-working, sweet guy. Everybody said, 'Hi how are you doing?' 'I got to go,' he would say. Real nice person," said Julio Aviles, a customer.

The accident happened around 1 p.m. Monday on the lawn of a popular path that cuts through Coffey Park.

The Parks Department confirms an outside contractor was in the process of removing trees, damaged by Superstorm Sandy, when one fell on top of the 30-year-old victim.

The big question is why wasn't the path closed off?

"There seems to be negligence on behalf of contractor. Only two people didn't caution off the area," said Geoffrey Croft, President of NYC Park Advocates.

The restaurant "Ling Gee" closed shortly after the accident.

Meanwhile, a fellow delivery man says they crossed paths on their bikes just seconds before the horrible accident.

"He passed me. Then I heard the noise and looked back, he was on the floor," Sherwin Bobb said.

"Did you hear anyone say, 'Watch out, there's a falling tree?'" Eyewitness News asked.

"No, I didn't hear anything," Bobb said.

There are conflicting reports as to whether or not the workers tried to warn the victim that a tree was about to fall.

If they did, it's not clear if the delivery man understood.

The Department of Parks released the following statement: "Our thoughts are with the individual injured in this unfortunate accident. NYC Parks is conducting a thorough investigation of this incident. There is no further immediate danger to the public."