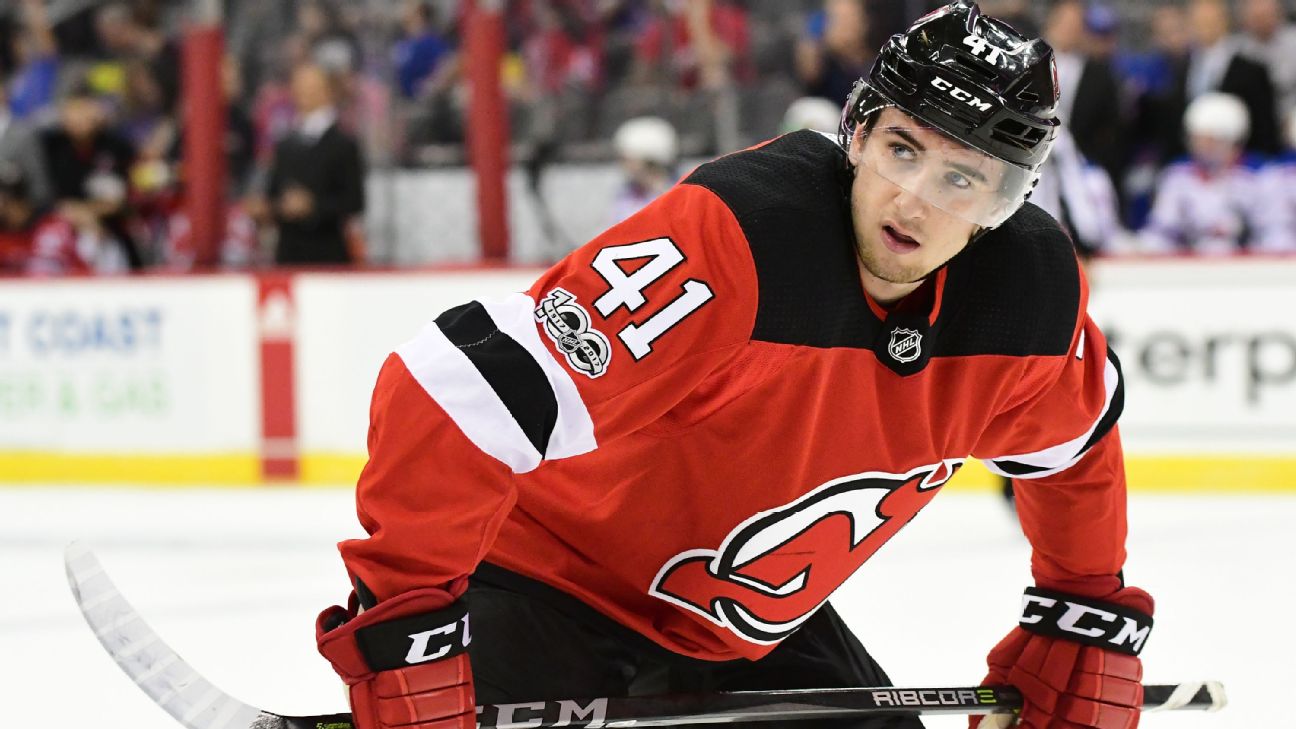 General manager Tom Fitzgerald disclosed Thursday that the deal will net McLeod $950,000 this coming season and $1 million the following year.


McLeod completed his third NHL season with the Devils, recording career highs with nine goals and six assists in 52 games. He scored his first career NHL goal on Jan. 26 against the Philadelphia Flyers and had two game-winning goals during the season. The 23-year-old had a team-high 42 penalty minutes.