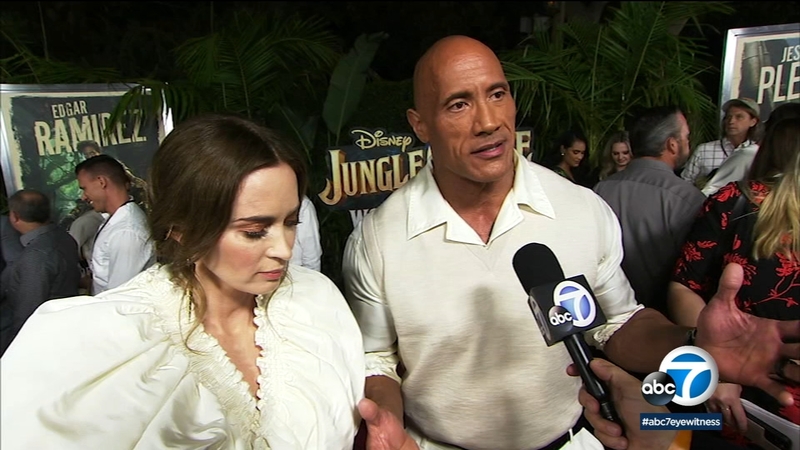 ANAHEIM, Calif. -- In the new "Jungle Cruise" film adaptation, Dwayne Johnson and Emily Blunt bring the Disney attraction to life in a whole new adventure, taking us on a dangerous journey down the Amazon in search of a different kind of treasure.

Johnson is the skipper of the boat. Blunt plays a researcher with an Indiana Jones-like vibe.

"When I read the script, that's what leapt off the page," said Blunt. "It was so alive and silly and whimsical, and I loved it."

"That was the goal, by the way, from the beginning, is to create a movie based on this iconic Disney ride that families around the world love. That was through the point of view of the female hero, who was a female version of Indiana Jones," said Johnson.

Johnson's character makes you smile with his corny punchlines. He calls himself a great "pun slinger."

From stuntman to leading man, Eddie Braun opens up about his dream of mastering death-defying talents

"They were able to sort of create an environment where one was able to improvise and throw jokes out jokes and really have fun with it," said Jack Whitehall.

"That set was the most loving, the most fun place I've worked with in a long time," said Veronica Falcon.

"I would come here as a kid," said John Stamos. "I'd walk through the gates...the rest of the world would just go away. It was so creative, so inspiring. I just love being here right now."

"First of all, I've never been to a movie premiere at Disneyland. Boom -- already winning!" said Tiffany Haddish. "Second, 'Jungle Cruise,' one of my favorites rides. Winning again!"