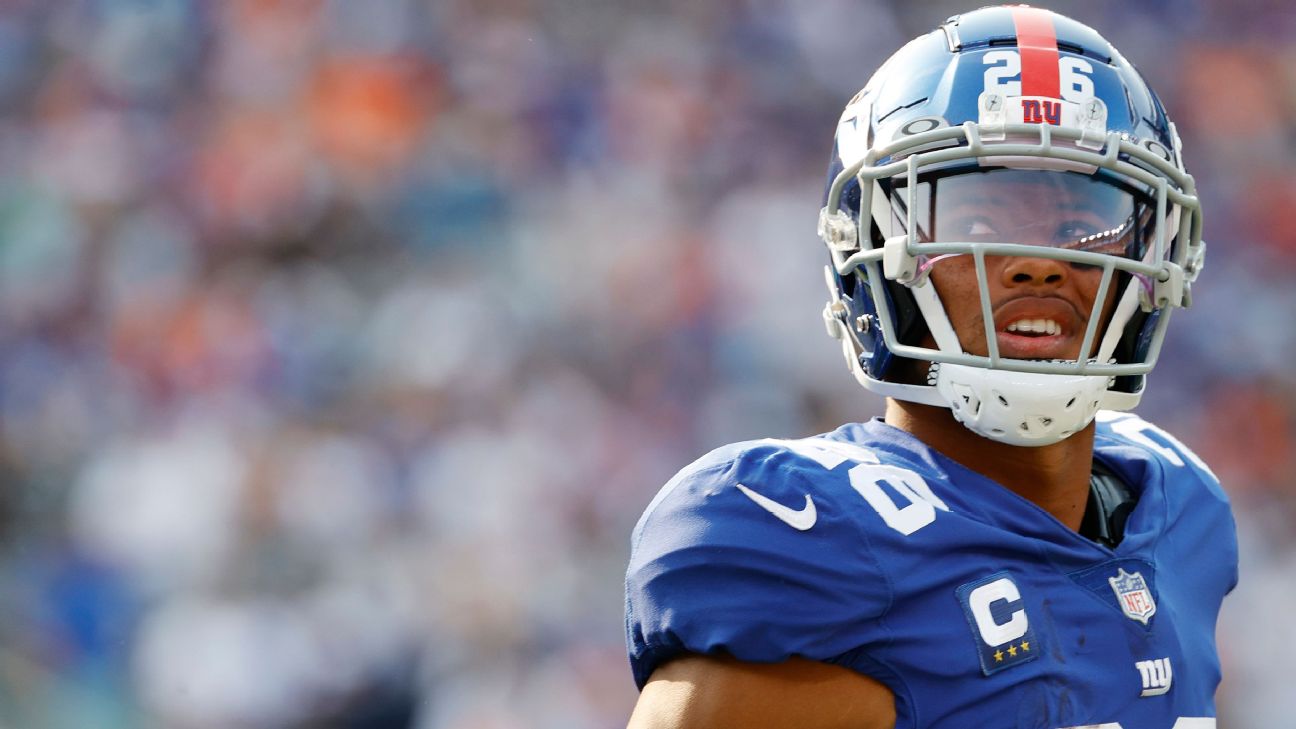 New York Giants running back Saquon Barkley played in Thursday night's 30-29 loss to the Washington Football Team after being listed as questionable.

Barkley finished with 57 yards on 13 carries and had two catches for 12 yards.


Barkley said on Tuesday that playing two games four days apart while coming back from a torn ACL in his right knee was not ideal.

He tore the knee ligament in Week 2 of last season, had surgery in October and started the summer on the physically unable to perform list. He didn't face his first contact until just a few weeks ago and was feeling natural soreness after being tackled for the first time in almost a year in Week 1 on Sunday.