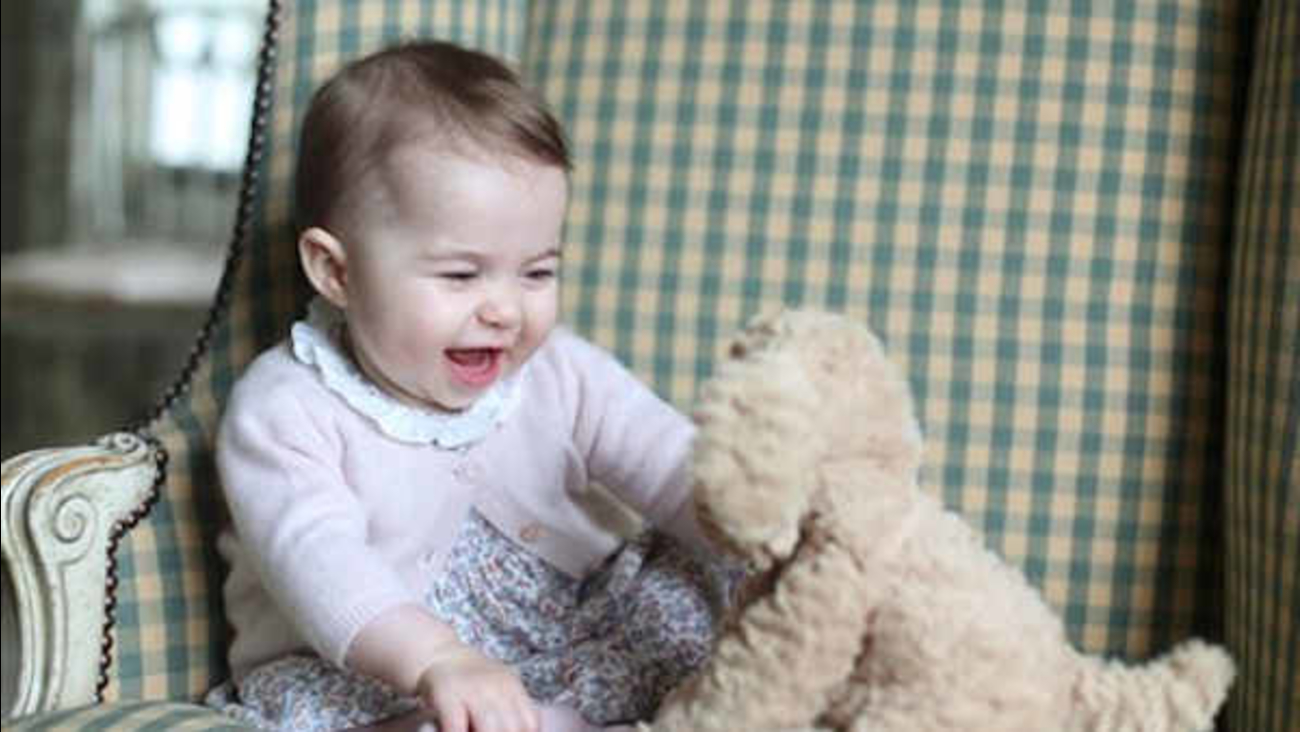 LONDON -- Princess Charlotte looks delighted with a cuddly toy dog in a photo taken by her mother, the Duchess of Cambridge.

It's one of two images of the 6-month-old princess released Sunday by Kensington Palace.

The pictures of Charlotte in a Liberty print dress and pink cardigan were taken earlier this month at Anmer Hall, Prince William and Kate's country home in eastern England. 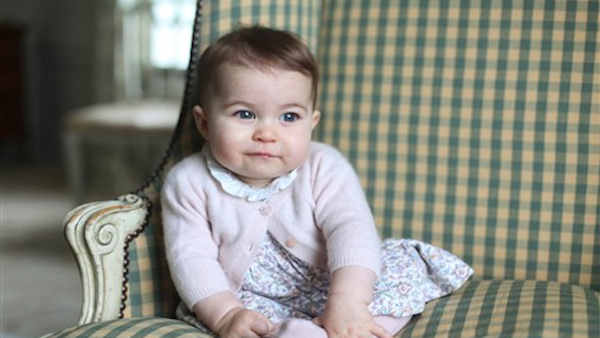 The photos were released to thank well-wishers for all the "warm messages about Princess Charlotte" the family has received.