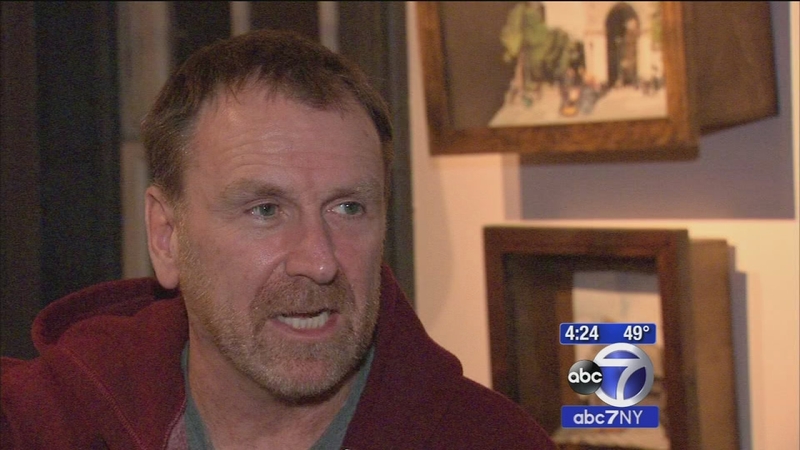 NEW YORK (WABC) -- Colin Quinn might be called an equal opportunity offender in a politically correct world, but that's part of his appeal and one of the reasons the former star of "Saturday Night Live" is still worth watching.

In the 1970s and 80s, when Quinn was making his mark in New York, the city had more than its share of mean streets. And he has a certain nostalgia for those years.

It was a time when a movie starring Paul Newman showed the South Bronx as a wasteland, but Quinn can still look back with affection.

"You miss the personal touch, you know, even though much of it was probably very unsanitary," he said. "It was literally a personal touch."

His pal Jerry Seinfeld, who directed "The New York Story," likes to say that Quinn looks at life with an X-ray machine, then dissects with a scalpel what he finds in our city.

"When it starts to get bad, like lately everyone's like, 'Oh it's going back to the 70s,'" Quinn said. "And part of us is kind of happy."

The star grew up in Park Slope.

He makes fun of just about everybody in his one-man show.

"The whole point of comedians is you're saying what nobody else is supposed to say," he said.

His appearance as Amy Schumer's father in her big hit "Trainwreck" may have brought Quinn's humor to a broader audience, but seeing him off-Broadway at the Cherry Lane Theatre is actually a better way to appreciate his humor.

"Colin Quinn: The New York Story" is in many ways the perfect way to spend an evening - a big star in a small theater, and a show lasting less than an hour and a half without an intermission. That's pretty perfect, and tickets cost a fraction of Broadway prices. But a warning, it is not for anyone who is easily offended.
Related topics:
arts & entertainmentoff broadwayamy schumertheatersandy kenyonthe arts
Copyright © 2021 WABC-TV. All Rights Reserved.
TOP STORIES
Distraught man jumps from building, lands on victim, killing them both
J&J says 2nd dose of vaccine after 2 months results in more protection
'It makes me mad': Man speaks out after he was beaten, robbed in NYC
AccuWeather: Getting cloudy
Ice cream parlor worker sexually abused on Upper East Side
3 charged in Carmine's hostess assault claim racial discrimination
Autopsy set to be performed on Petito; search resumes for Laundrie
Show More
Radio City Rockettes return for Christmas Spectacular with bigger show
911 caller claims he saw Brian Laundrie 'slapping' Gabby Petito
Woman tells GMA she picked up Laundrie as hitchhiker in Wyoming
Gabby Petito disappearance timeline: What we know so far
Hocul visits NYC school amid COVID vaccine push
More TOP STORIES News