New Jersey sisters team up in production of 'Elf, the Musical' on Broadway 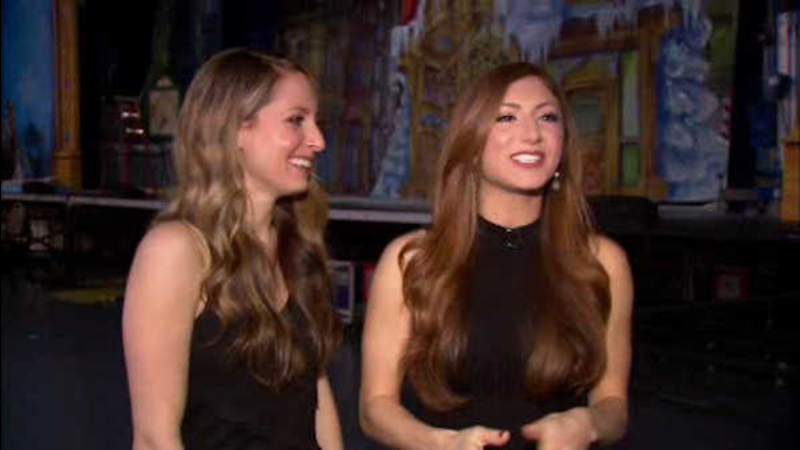 New Jersey sisters team up in 'Elf the Musical'

NEW YORK (WABC) -- It's become a holiday favorite for many: Elf, the Broadway musical.

It's the story of a young orphan who ends up in the North Pole.

At first he believes he's an elf, but once he faces the truth that he's human, he goes in search of his real family.

And in this year's production, there's a very special real-life family dynamic.

"Elf the Musical" moves to the stage what you love in the movie.

"It's a show about family and since we are family doing this, pretty amazing!", said associated choreographer Nancy Braun.

Dancer Amanda Braun and her sister Nancy are Jersey girls working together for the first time.

"Is she bossy pants?", we asked. "Yes! But she has to be. She is older and the boss, plus the choreographer"," Amanda said.

The sisters took me behind the scenes at Madison Square Garden to show off the costumes, the secret passageways and all the work it takes to put on this show.

Everything is handmade, including the Santa beards which were pinned to an ironing board.

"Here are all of the beards for one of the numbers in the show called "Nobody Cares About Santa," said Nancy. "It's my favorite number, it's so fun, you'll see they all wear them, so you'll see the entire cast that the male ensemble is in fake Santa costumes."

Amanda has four different wigs and somehow gets all of her long hair under a wig.

Some of the costume changes take only 30 seconds.

"Sometimes I run right off stage, change at the edge of the stage and go right back on," said Amanda.

"Elf the Musical" runs through Dec 27th and tickets start around $30.