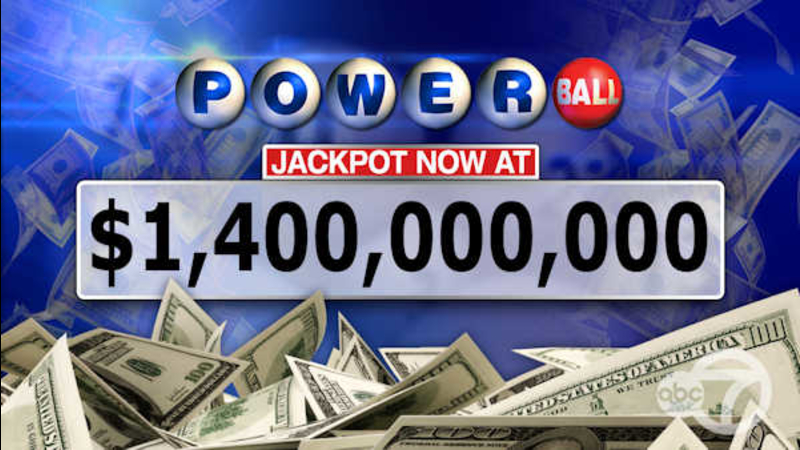 DES MOINES, Iowa -- The jackpot for Wednesday's Powerball drawing will grow to $1.4 billion with a cash value of $868 million after no one matched all six numbers drawn Saturday night.

Lottery officials say the new prize is the world's largest. Ever.

The jackpot is so big that billboards in Texas and around the country have to advertise the price as $999 million because they're not built to show billions. The lottery computers will handle the decimal point without a problem.

"We've never been at these levels," said Grief, whose state lottery is part of the Multi-State Lottery Association that runs Powerball.

The odds to win are one in 292.2 million. Seventy-five percent of all the possible combinations were purchased before Saturday's drawing, Grief said, and he expects that enough tickets will be sold to cover about 80 percent by Wednesday. About 95 percent of Powerball tickets have computer-generated numbers.

The jackpot has ballooned since its Nov. 4 starting point of $40 million.

Saturday's winning numbers - 16-19-32-34-57 and Powerball number of 13 - did gain some people a little wealth: 25 tickets won $1 million by matching five numbers, and three other tickets won $2 million because they paid extra to multiply smaller prizes.

The record jackpot lured an unprecedented frenzy of purchases. Between Jan. 6 and Saturday's drawings, more than $900 million in Powerball tickets were sold.

Officials expect similar sales before the next drawing, but Grief said it's hard to predict how excitement about the record jackpot will boost sales.

"It's exponentially greater than any sales that any of the states involved have ever seen," he said.

You can watch the next drawing Wednesday night on Channel 7, right before Eyewitness News at 11.
Related topics:
hobbies & interestspowerballlottery
Copyright © 2021 by The Associated Press. All Rights Reserved.
More Videos
From CNN Newsource affiliates
TOP STORIES