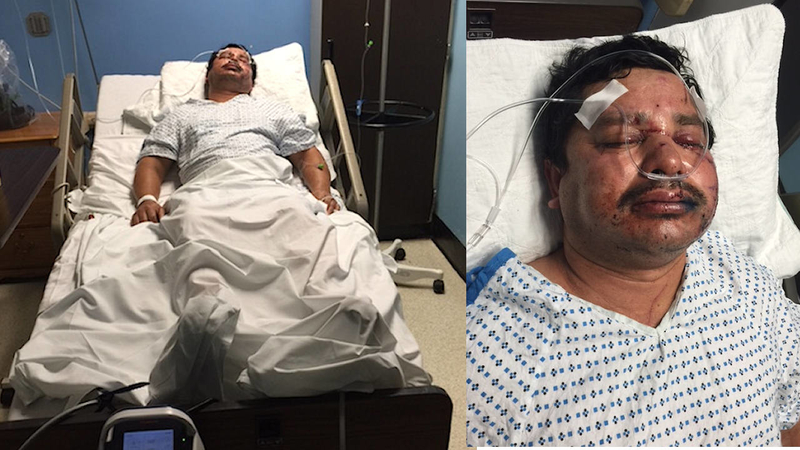 BRONX (WABC) -- A man was viciously slashed across his entire face three times on a Bronx street and is now forever bearing the scars of someone else's madness.

"He needs to explain himself, and turn himself in because he can do this to somebody else," said Jose Martin, slashing victim.

Martin has more than 100 stitches in his face. He was attacked on East Tremont Avenue, just two blocks from his apartment.

But he had no idea he had been slashed until he rushed into the bathroom to wash off the blood, and saw a horrifying image in the mirror.

"There was blood all over the place. On my coat, on my shirt. I didn't know I was slashed until I saw the deep cuts across my face," Martin said.

Pictures of his wounds were taken after the attack in Martin's room at St. Barnabas Hospital. He laid there for hours, replaying the attack in his mind.

He was walking home from a neighborhood restaurant when a man walked toward him.

Martin is a bricklayer and his daughter depends on the money he sends home to his family in Honduras.

He says he never saw a knife and says the attack was entirely unprovoked.

"I have no idea. I didn't recognize the guy. There are some crazy people who live in the streets, but I really don't know why this happened to me," Martin said.