The fire started at about 2 p.m. at Society Hill Village II condo complex in Mahwah.

Chief James Batelli with the Mahwah Police Department said the girl was standing on a third-floor balcony when officers arrived at the scene.

The fire quickly ripped through the apartment, leaving precious little time for everyone to get out.

Suddenly trapped and surrounded by intense flames inside the Mahwah apartment building Sofya had no other choice but to take a leap of faith.

"Were you scared?" Eyewitness News asked. 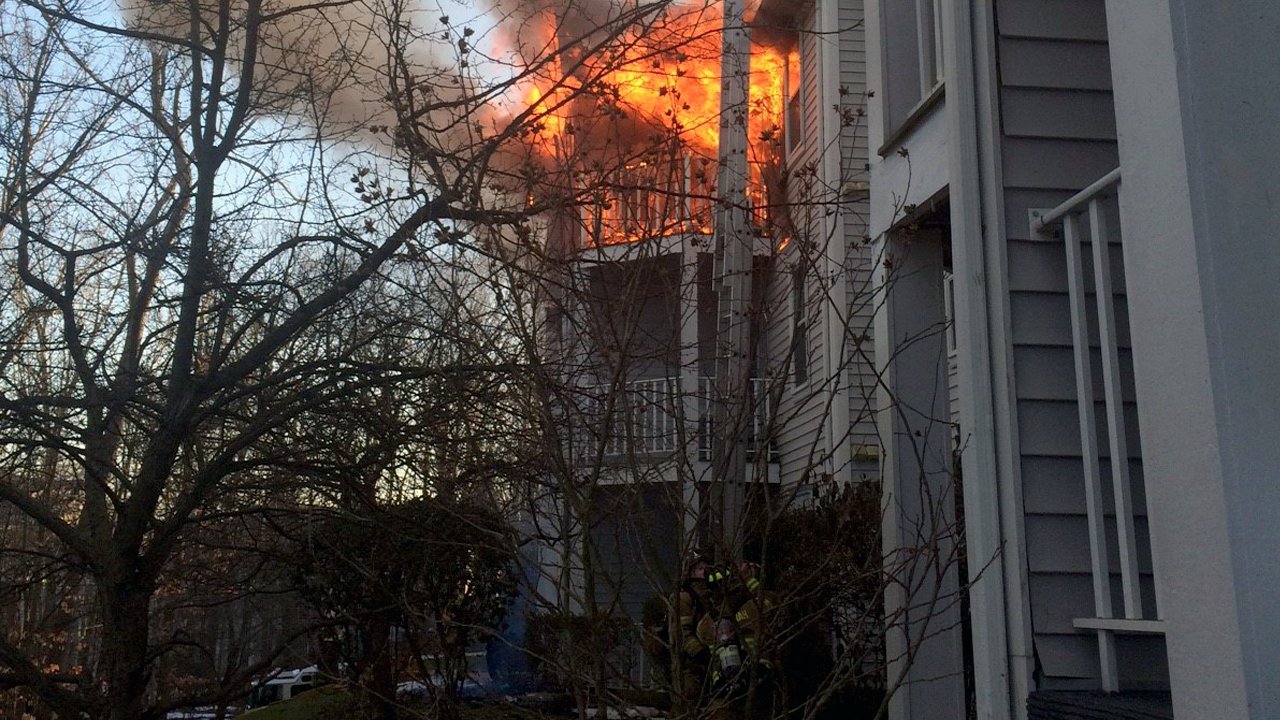 Home alone when a kitchen fire broke out across the hallway, Sofya says she tried the front door and stairs but smoke and flames were blocking every exit, which left only her third story balcony.

Below the window outside were Lt. Jeff Dino and two other officers waiting with open arms.

"I didn't know what to do and I just listened to them," Sofya said. "I just jumped because it was no chance."

"She was the most confident brave little kid that I've ever met. She put complete faith in us and when she jumped back we caught her," said Lt. Dino, Mahwah Police Department.

"Usually by the time we get there the building is evacuated, the officers are able to get everybody out, but there was no way for her to get out the front door," said Sgt. Brendan Mullin, Mahwah Police Department.

An Eyewitness captured video of the flames and posted it on Twitter.

This is a view of the scene from NewsCopter 7: 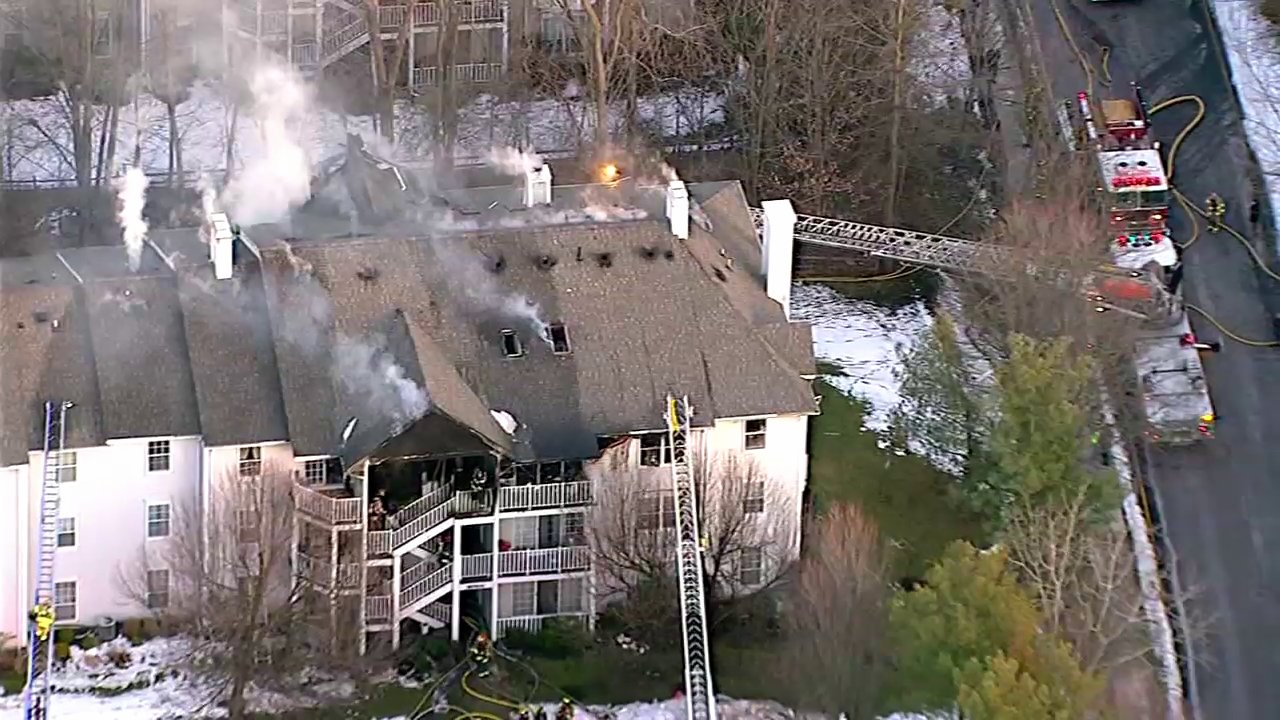 Sofya and her family lost nearly everything in the blaze that destroyed five other condos and damaged several more.

Still, they're grateful for each other and the first responders who risked their own lives to save others.

"I'm still feeling that I've fallen from my balcony," Sofya said. "I'm happy that they got me."

"I want to thank them. I didn't believe this could happen, but it happened and thank you for saving my child," said Yulia Doroshenko, a fire victim.

Officials said the fire is believed to have started in the apartment of an elderly woman while she was cooking. That woman got out OK.