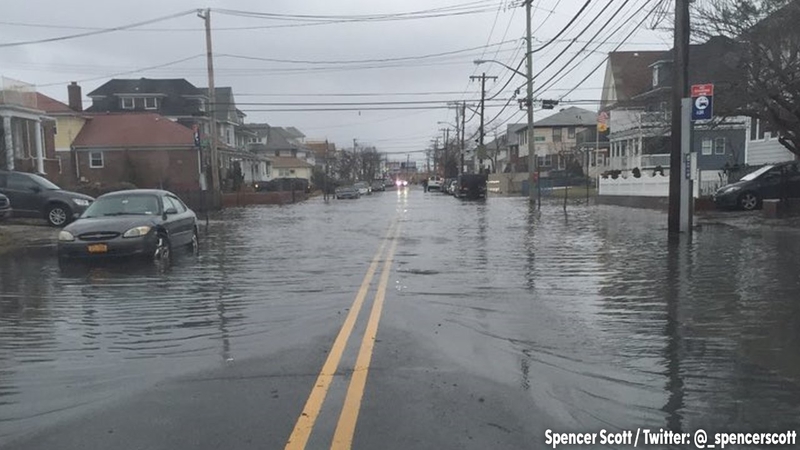 In New Jersey, areas of the Hoboken Terminal are currently experiencing flooding due to high tide. The rear doors of the waiting room with access to the Ferry Slips are currently closed.

New Jersey Transit says there has been no disruption of train service: 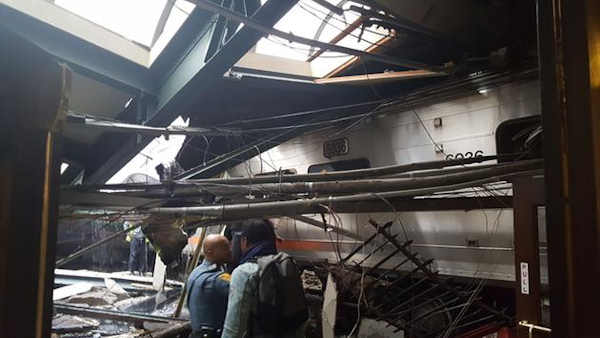 Here's a look at flooding in Ocean City, where streets have turned into creeks:

Holly Kisby sent us this current view of Ocean City,NJ where coastal flooding is a problem. #NJwx @GarySzatkowski pic.twitter.com/7whp6ndpYm

There has been localized coastal flooding in the Rockaways, as seen in this photo from Newport Avenue in Rockaway Park, Queens (Courtesy Angelia Roggie): 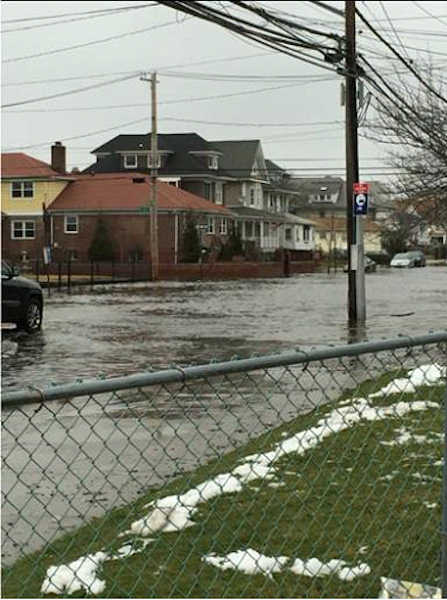 Flooding is also a problem in central and southern New Jersey, with police in Neptune saying some roads are impassable.

Police in Hackensack issued a warning to drivers and detoured traffic due to flooding in the area of Hackensack and Grand Avenues.

Parts of Hackensack experiencing flooding due to high tide. Do not drive into flood waters #flood #USA #Brotherhood pic.twitter.com/sTWiQapLcF

Forecasters have issued a coastal flood warning for the entire New Jersey shore.

Meteorologist Jeff Smith is in Sea Bright, New Jersey with the story

Widespread moderate coasting flooding is possible during high tide. There's also a chance for beach erosion as wave heights build to 8 to 12 feet.