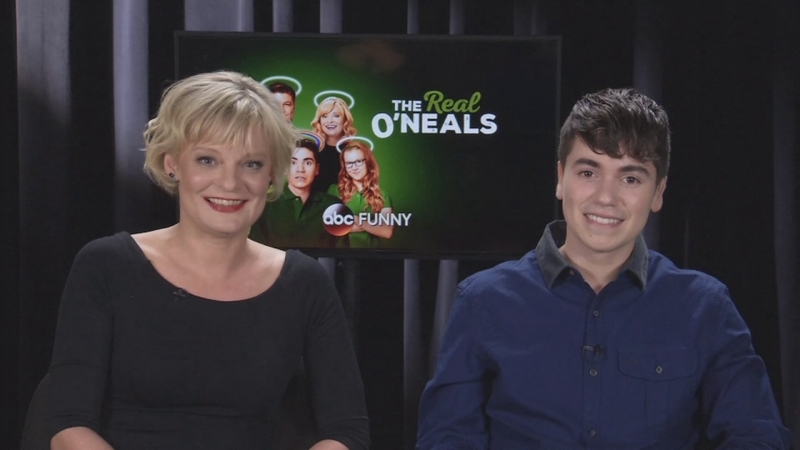 NEW YORK (WABC) -- The truth is out about the family members in "The Real O'Neals" and now comes the fun of seeing how they each cope with all of the changes those truths bring about.

There's no point in pretending to be perfect anymore for this Irish Catholic family. The matriarch Eileen O'Neal, played by Martha Plimpton, is dealing with a divorce and her son that has recently come out as gay.

"We're doing it with humor, it's a comedy obviously, so in a funny way it makes it kind of easier sort of to talk about things that are awkward or painful or difficult, you know it's easier to deal with conflict in that way in comedy. I'm not suggesting it's an easy thing to do, I just mean that I think people are more open to it," Plimpton said.

Noah Galvin plays her son, Kenny O'Neal, and it was his coming out that spurred the rest of the family to reveal their truths as well. Galvin says he loves playing his character as this show lends itself to physical comedy.

"It's been a joy, I think out of everybody, me, I've gotten to do a bunch of ridiculous stuff like roller skating and dance numbers," Galvin said.

In tonight's all new episode, Eileen will ask the family to give up a variety of things for Lent. You won't want to miss it on ABC at 8:30/7:30c.