Transgender Student Says She Was Unable to Walk With Graduating Class 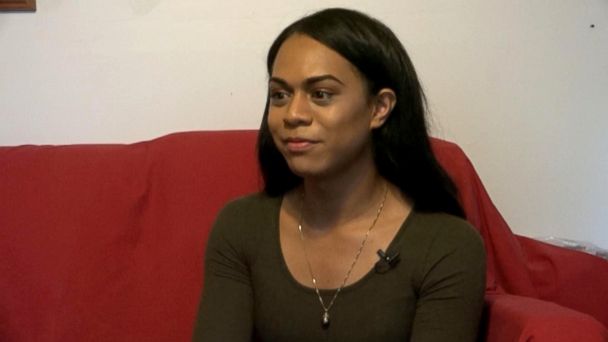 A transgender student says she wasn't allowed to walk at her high school graduation as a female, so she elected to skip the ceremony altogether.

Jennea Purcell, 18, says she was barred from participating in the graduation ceremony at Kahuku High & Intermediate School in Honolulu after transitioning from male to female, telling ABC affiliate KITV that she transitioned from "Jackson" to "Jennea" while in school.

"I was full-time female. I dressed like a female," Purcell told KITV. "I played the role as a female as far as the bathroom goes, yes, anything the females did, I was doing."

"When I talked to Pauline Masaniai [the principal of Kahuku], she was telling me that my choice is the male's choice and that's the only option I have."

Purcell did not participate in the graduation ceremony because of other reasons, according to Donalyn Dela Cruz, Communications Director of the Hawaii State Department of Education. She did not elaborate on the reasons.

"There has been no incident in which a student has been 'barred' from participating in commencement exercises based on gender identity," Dela Cruz told ABC News in a written statement. "Hawaii State Board of Education Policy 4540 states students shall be permitted to participate in commencement exercises if they:(1) meet the requirements for a diploma or a certificate; (2) have fulfilled their financial obligations; and (3) meet other conditions established by the Department of Education, which meet the standards of clarity, reasonableness, and justifiability."

Purcell admitted to KITV she struggled academically in her final year of school, but believed that she was on track to graduate.

Purcell is sticking to her story and says she plans to share it with the world through filmmakers with the Kumu Hina film project, according to KITV.

"My intention in making this film and having the petition is just to make sure that no other child, even if they're not transgender or part of the LGBT community, doesn't have to go through something like this. It's not okay," Purcell told KITV.