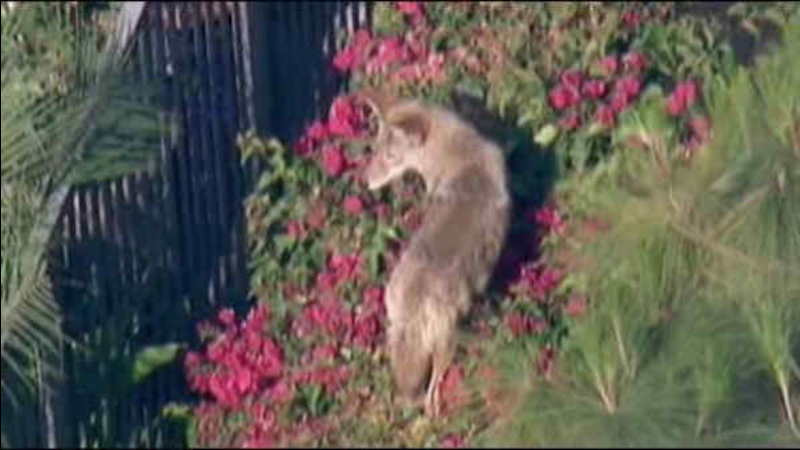 In one of the instances, the dog was killed.

Authorities recommend that owners not let pets outside alone in the area and that dawn and dusk are the most dangerous times.

The first attack happened on May 18 around 7:30 a.m. Officials say a small dog was attacked by a coyote on Random Farms Drive while the owner was walking it. The dog ran slightly ahead, and the owner lost visual contact around a turn in the path. When the owner turned the corner, the coyote was already attacking the dog.

When the owner approached, the coyote dropped the dog, which was treated by a veterinarian for injuries and will survive.

The second attack happened May 27 around 7 a.m., when a 38-pound dog that was let into its yard unattended was attacked and killed on Kipp Street by one or more coyotes.

The dog was 13 years old and had always used the yard without incident. The homeowners reported that they had not seen any coyote activity in the area prior to the attack.

Since the incident, several coyotes have been observed in the wooded area near the home. There have been town hall meetings, and police distributed fliers and air horn whistles, because officials say the problem is not going away.

--Pets should not be left outside alone, even when tied to a runner. Small pets need to be supervised with a person close by to help them if they run into trouble.
--Don't assume a fence is enough protection. It needs to be at least six feet high without chain links that offer a coyote an easy way to climb over. Coyotes can also enter a yard by from under a fence if there is enough space.
--Coyotes can attack at any time, but dawn and dusk are the most dangerous times.
--Don't assume having your dog on a leash is enough. If you're out walking and see a coyote, pick up your dog.

Reports of aggressive behavior or unusual sightings should be made to the New Castle Police Department at 238-4422. Call 911 in an emergency.

Residents can post individual, non-aggressive sightings online and view a map showing reported sightings for the past six months. Questions concerning coyotes in New Castle can be emailed to coyote@mynewcastle.org.