Zellous was afraid as she dialed her sister's number that she had been among the victims at the Orlando nightclub where Saturday night's mass shooting took place. Mina had been at Pulse the weekend before and Zellous wasn't sure if she had been there that night. Her mom had called early Sunday morning as Zellous was on her way back from San Antonio after the Liberty completed a three-game road trip. She didn't know where Mina was

"She didn't answer,'' Zellous said before New York faced the Dallas Wings on Tuesday night. "The second time she picked up. Thank God she's OK. By the grace of God she was saved. I could have been one of the family members getting those calls. It was crazy.''

Writing in The Players' Tribune, a story that ran Tuesday, Zellous said her 24-year-old sister was supposed to go to the club that night to meet three of her friends, but got a call on the drive there from her boss that she was needed at work early the next morning. So Mina went home instead. The three friends she was supposed to meet didn't make it home. Two of them were among the 49 victims and the third is "fighting for her life.''

The veteran guard grew up a few minutes away from Pulse and said she still couldn't believe a place she knew as a sanctuary was now a scene of absolute horror.

"Gay clubs are more than places where people dance and drink,'' Zellous wrote. "They are sanctuaries. They are communities. Gay clubs are where many go to find themselves or be themselves or commune with others like themselves, away from the judgment of the world outside.''

Zellous had never been to the club, but was familiar with it having grown up in the area.

"It's sad right now, I talk to my sister almost every day and she said the city looks creepy right now. I don't think the city will be the same anymore,'' Zellous said. "If we can't go somewhere where we'll be ourselves where can we go?'' 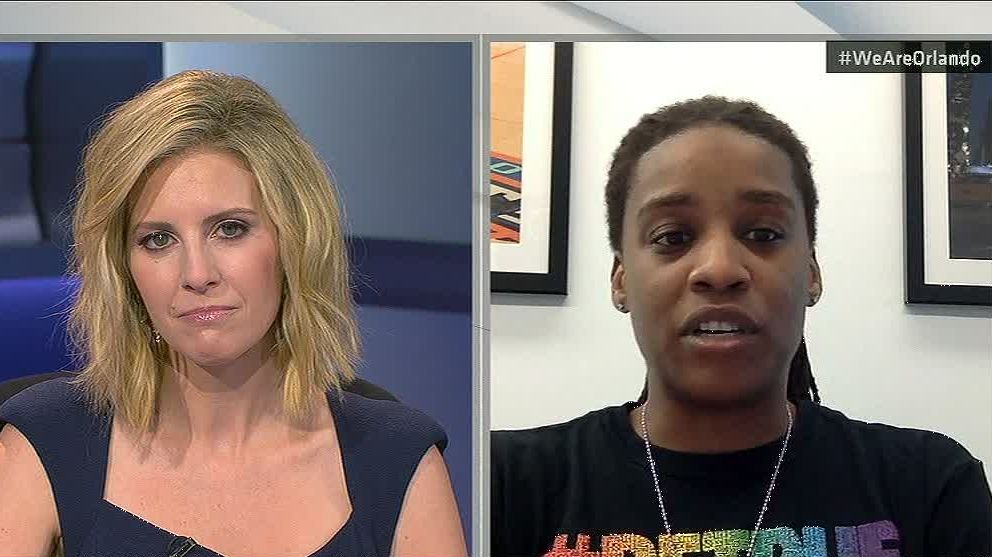 Zellous: My sister was close to going to Orlando club
Shavonte Zellous, an Orlando native wrote an article on The Players' Tribune about the tragic shooting and its impact on the city, the LGBTQ community and the fear she felt when she couldn't reach her sister who was headed to the club.
Related topics:
sportsespnwnbanew york libertyshavonte zellousorlando mass shootingespnw
Copyright © 2020 ESPN Internet Ventures. All rights reserved.
More Videos
From CNN Newsource affiliates
TOP STORIES