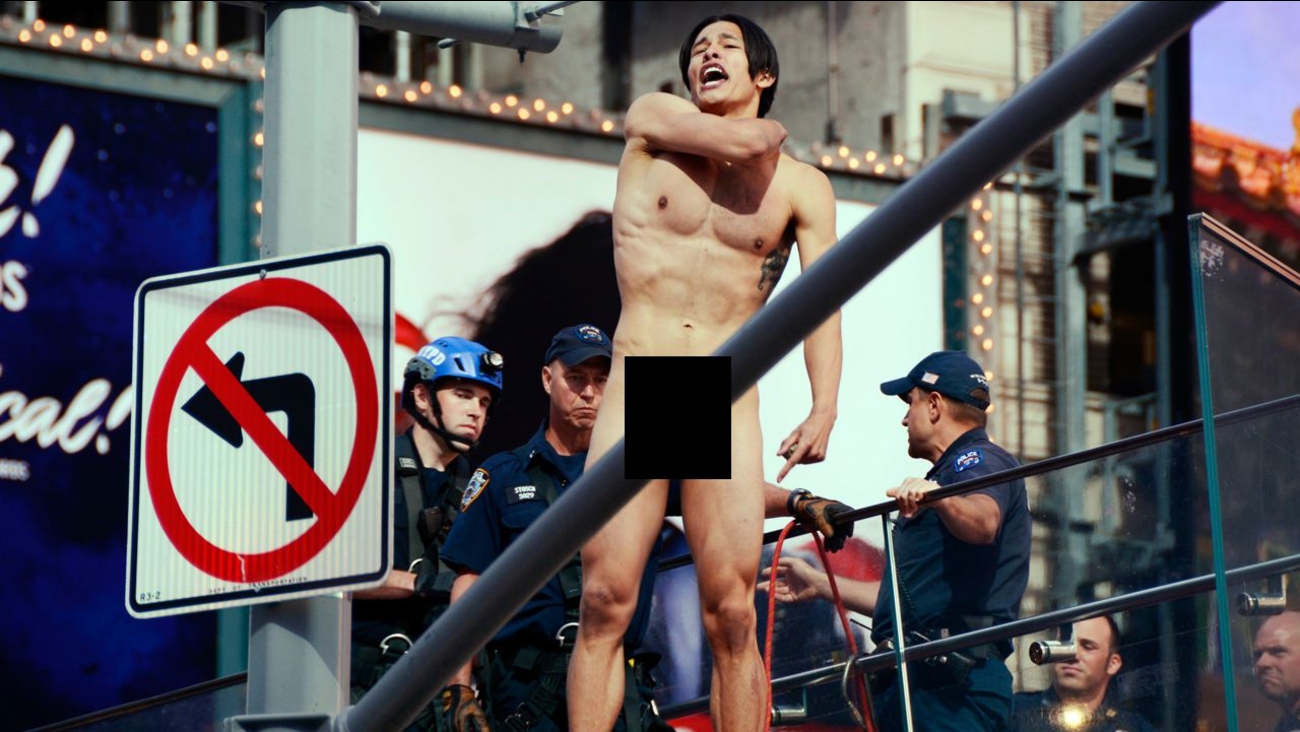 TIMES SQUARE, Manhattan (WABC) -- A standoff between a naked, emotionally disturbed man and police created quite the scene in Times Square Thursday morning, and much of it was captured on social media.

Loud gasps as the Naked Guy in Times Square fell. Couldn't tell if he made the air pad. Looks like a miss. pic.twitter.com/hhk5To02Jl