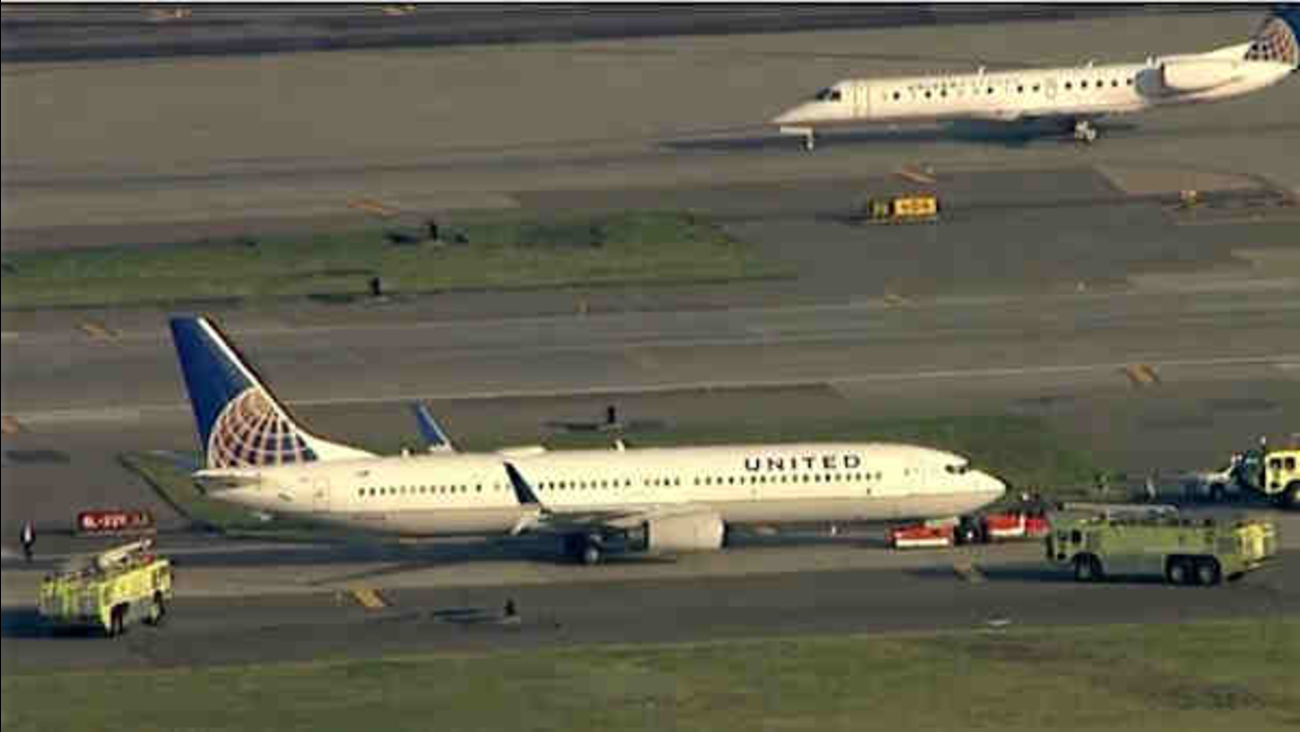 A plane at Newark airport has been stopped due to a smoke condition.

NEWARK, New Jersey (WABC) -- A plane was checked out at Newark airport after smoke was spotted coming from the rear.

When light smoke was spotted coming from the rear, the plane was pulled by Port Authority officials for examination.

No injuries were reported and airport service is not being affected.

Flight 1550 was scheduled to depart from Newark bound for Logan Airport in Boston.

In a statement, United Airlines confirmed the smoke condition. "Flight 1550 from Newark to Boston returned to the gate following reports of smoke coming from one engine while the aircraft was taxiing for take-off. The aircraft will be removed from service for maintenance inspection and we are substituting another aircraft to get our customers on their way to Boston as quickly as possible," a statement from the airline said.
Related topics:
new jerseynewarkplane accidentnewark international airport
Copyright © 2021 WABC-TV. All Rights Reserved.
TOP STORIES
Heavy flames erupt at auto body shop in Brooklyn
Teen stabbed to death during fight over parking spot in NYC: Police
Here's what will be closed or open for Juneteenth
Concern grows over low vaccination rate in some NYC communities
AccuWeather: Still dry
Young mother among 3 killed during bloody night in NYC; 10 shot
Biden signs bill to make Juneteenth a federal holiday
Show More
SummerStage kicks off in NYC with jazz performances
Bear found dead in NYC parking lot suffered "blunt force trauma"
1 dead, 3 shot, 9 others injured in Arizona shootings
NYC, tri-state could see remnants of latest tropical storm
Curious kids get behind wheel of Yonkers police car, ask officer questions
More TOP STORIES News