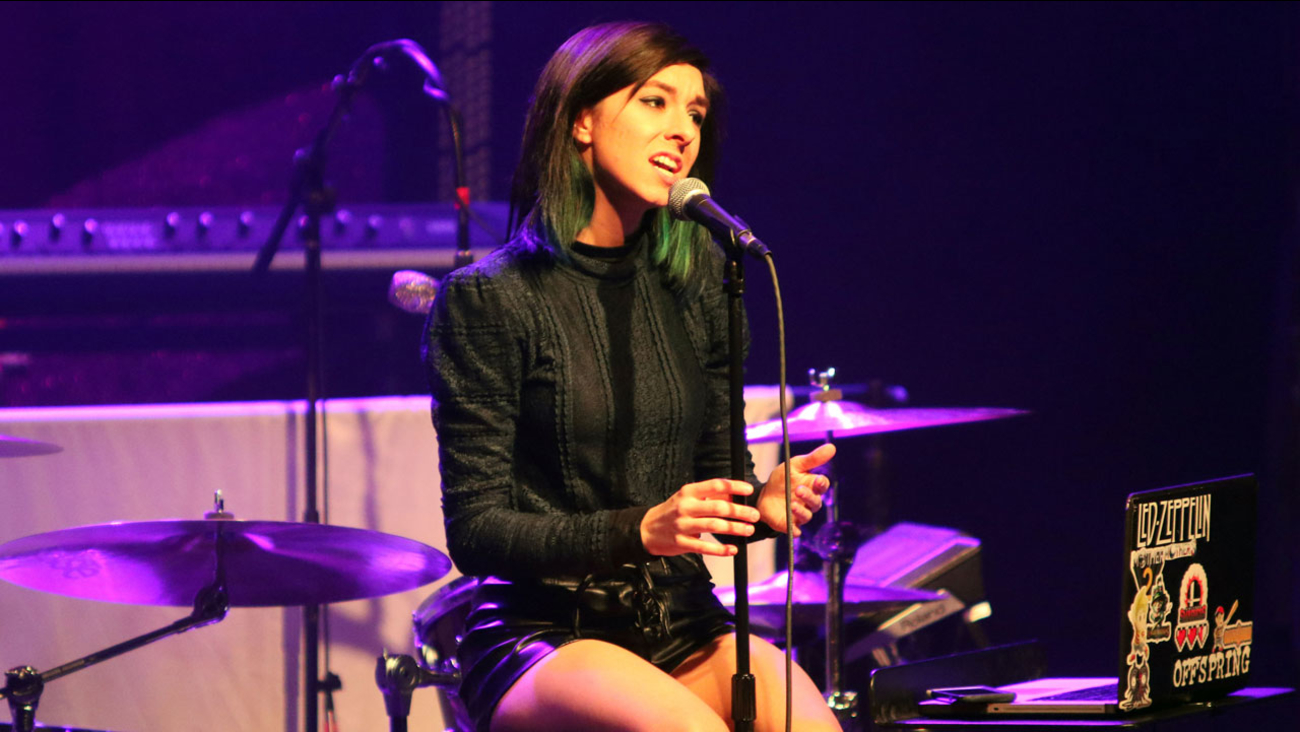 In this March 2, 2016 file photo, Christina Grimmie performs as the opener for Rachel Platten at Center Stage Theater, in Atlanta. (Photo by Katie Darby/Invision/AP)

LOS ANGELES -- Christina Grimmie posthumously won her first Teen Choice Award on Sunday, but even as the show called for an end to gun violence, it didn't mention Grimmie's name once.

The singer rocketed to stardom on YouTube and as a contestant on "The Voice." But her young career was cut short when she was gunned down following a concert in Orlando on June 10.

While it's an honor to win, many pointed out that FOX didn't mention Grimmie's name once during the ceremony, even when an entire segment of the award show was dedicated to ending gun violence.

The segment featured actress Jessica Alba, artist Ne-Yo, and victims from San Bernardino, Newton and Orlando taking to the stage.

The group asked the audience to stand and urged everyone to post on social media using #StopTheViolence.

#StoptheViolence I stand by these brave teens who's lives have been torn apart by gun violence #TCAs2016 pic.twitter.com/7vz0Q1Q0Rx

"Tonight, we stand together with these teens united in a call for peace and an end to this violence," Alba said. "Now, more than ever, we need to stop, feel and ask, 'What's going on?'"

But with so much focus on ending gun violence, many questioned how FOX could've left Grimmie out of the award show after her death to gunman Kevin Loibl took over headlines less than two months ago.

The Teen Choice Awards consist of 50 individual awards, so the ceremony cannot accommodate each winner with the surfboard trophy during the televised award show.

Still, many took to social media to voice their displeasure that the Teen Choice Awards didn't pay tribute to Grimmie, let alone acknowledge her once during the show.

@TeenChoiceFOX She won the award, she was murdered by senseless gun violence, but you never even mentioned her. #ChristinaGrimmie

#TeenChoice #ChristinaGrimmie
They didn't even honor her or anything. No memorial. The people behind this show are literally sick freaks.😔

Upset that @TeenChoiceFOX didn't have some kind of tribute for #ChristinaGrimmie, especially since she won. She inspired so many people... 💔

@TeenChoiceFOX how would you have not said anything about @TheRealGrimmie? ESPECIALLY since she won one of your awards? #ChristinaGrimmie

@TeenChoiceFOX soooooooo nothing about #ChristinaGrimmie. Wow. That's messed up. Only saying her name for promotion.

It's sad how they did not even mention #ChristinaGrimmie tonight on the tca...smh

ABC7 has reached out to FOX and the Teen Choice Awards. We are still awaiting comment.