WABC
CLAREMONT, The Bronx (WABC) -- More than a dozen alleged gang members have been indicted on charges related to numerous shootings in the Bronx, authorities announced Wednesday.

Officials say the incidents happened in the Concourse neighborhood of the Claremont and Morrisania sections as part of a wave of retaliation against rival gangs.

"This case is the epitome of gang culture -- violence, retaliation, the 'Don't Snitch' credo, the recruitment of kids to commit crimes -- that turns our neighborhoods into battle zones," Bronx District Attorney Darcel Clark said. "Some of the gunfire happened around a junior high school, even in the playground of the school. One shooting occurred on a Sunday morning, when a family with young children ran down the block and crouched against a building in terror."

Nine of the defendants were arrested on Tuesday, three are already incarcerated, and three others are not yet apprehended.

If convicted of the top count of first-degree conspiracy, seven defendants face a minimum of 15 to 25 years to a maximum of life in prison. 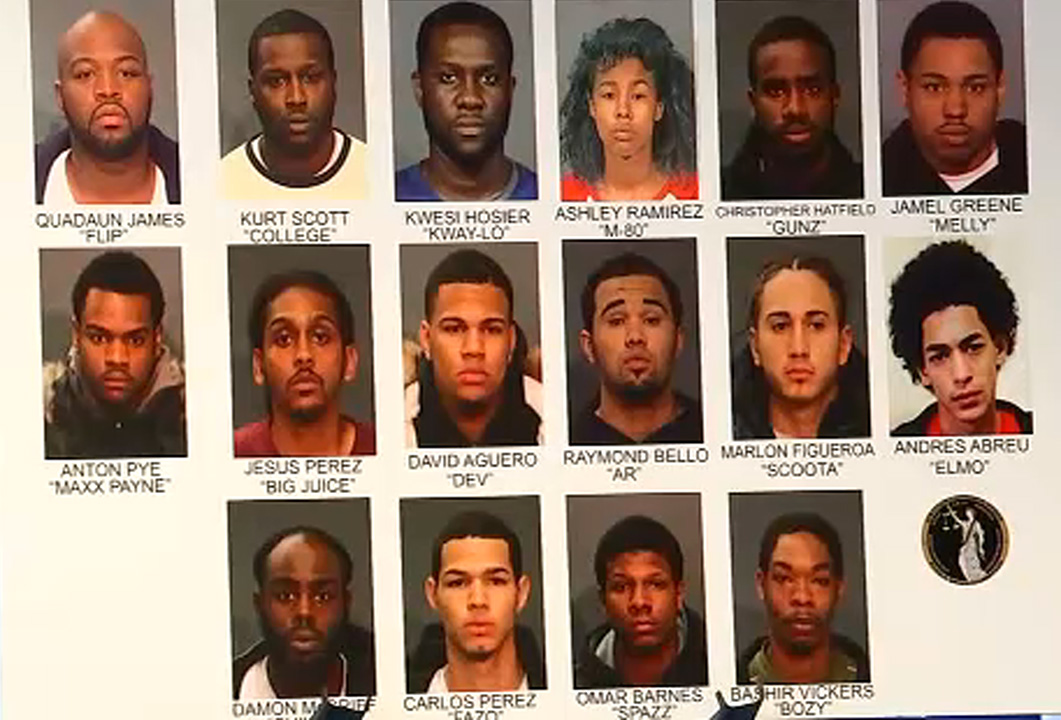 According to the investigation, dubbed "Operation Dead Heat," the suspects engaged in violent acts in the area from East 167th Street to East 170th Street between Morris and Clay avenues from December 2014 to May 2018.

Much of the violence was allegedly directed a rival gang after one member murdered 14-year-old Christopher Duran, nicknamed Joppy, who was shot to death on May 22, 2015, on East 167th Street and Sheridan Avenue as he walked to school in the morning.

Several shootings occurred near Junior High School 22 on Morris Avenue and East 167th Street. In one incident, on Sunday morning, May 27, 2018, police say shots were fired at East 167th Street and Teller Avenue. Surveillance video of the area shows a family, including a woman pushing a baby in a stroller, fleeing the scene.