Big 12 won't expand at this time; will stay at 10 members 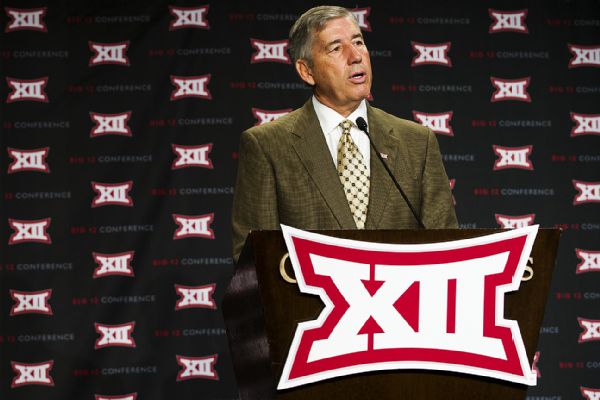 GRAPEVINE, Texas -- After three months of exploring the option, the Big 12 voted Monday to remain at 10 members and not expand.

According to Big 12 commissioner Bob Bowlsby, the vote was unanimous among the league's presidents and chancellors, and no individual expansion schools were discussed or voted on during the meeting.

Bowlsby added that Big 12 expansion would no longer be "an active agenda item."

"I made one recommendation: that we should bring this process to closure -- that we shouldn't kick the can down the road," said Bowlsby, who added that the 90-minute presentation he gave to the presidents on the expansion candidates Monday morning was the only time they were referenced specifically.

On July 20, the league announced that it would begin to explore expansion and that it had authorized Bowlsby to negotiate with interested schools. The pro-rata clauses in the existing agreements with Fox and ESPN pushed the Big 12 to consider expansion, since those clauses stipulated that the networks would have to pay the conference up to $25 million annually for each new member.

After Monday's decision, Bowlsby called the leaders of each candidate to deliver the news personally.

"The decision really didn't have very much to do with the individual elements of those institutions," Bowlsby said. "They all have their strengths and weaknesses, obviously, as all of our members do. But this was really about defense of our model."

Even though the process didn't lead to action, Oklahoma president and Big 12 board chair David Boren defended the league's investment in considering expansion, which including the hiring of consultants Navigate and BHV, both of which flew to Dallas to speak to the presidents again Monday.

Last summer, Boren propelled potential expansion into a possibility when he claimed the Big 12 was "psychologically disadvantaged" as the smallest Power Five conference, and the only one without a football championship game or conference network.

In June, the league unanimously voted to implement a championship game in 2017. But since the title game couldn't deliver a network to the conference, Boren said expansion began to lose steam leading up to Monday.

"The situation now is very, very different. We don't feel a sense of urgency to expand just for expansion's sake. It has to be tied to the circumstances at the time."

With the expansion debate over, Bowlsby said the league could make a decision as soon as this week on whether it will form divisions to decide which teams will play in the championship game. Bowlsby added that a championship site could be determined by November: Arlington, Texas; Kansas City; and San Antonio are the sites the league is considering.

Boren acknowledged that the league won't extend its TV/media rights deal, which runs through 2024-25, until the deal is closer to expiring. The deal helped stabilize the conference in 2012 after Texas A&M left for the SEC.

Boren, however, added that the Big 12 schools, including Oklahoma and Texas, still remain committed to the league long term.

"No one's looking to walk away." 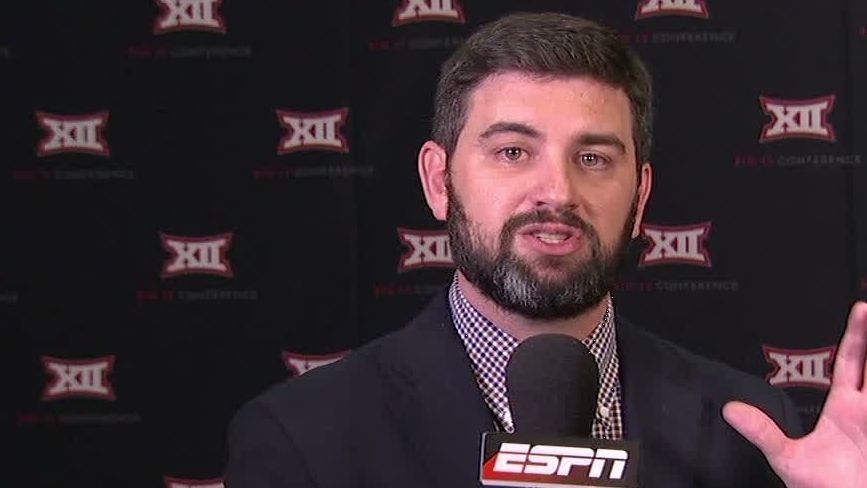