Thousands of protesters converge upon Trump Tower in Manhattan, arrests made 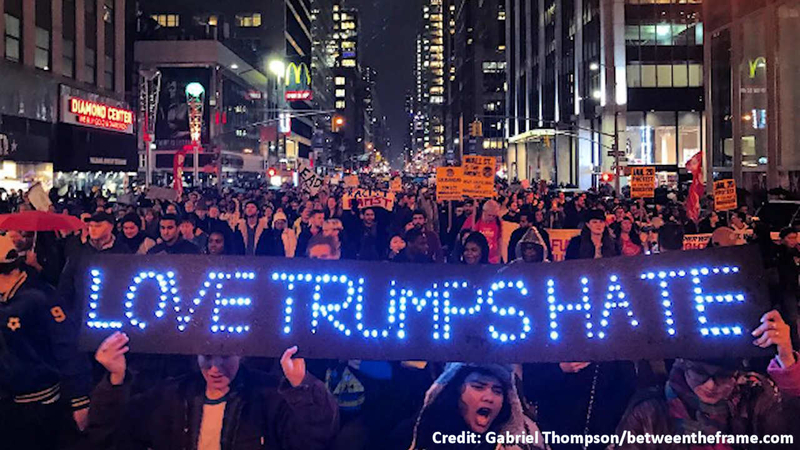 Arrests made during protests outside Trump Tower in Midtown

UNION SQUARE, Manhattan (WABC) -- Hordes of angry voters materialized practically out of the blue around Union Square on Wednesday evening.

They caught police by surprise with their sheer numbers.

Thousands upon thousands were called together on Facebook to release a giant collective, anguished, primal scream.

"We're very scared of what's going to happen to the LGBT community, to women, to people of color. We're terrified," another protester said.

"There is love in this nation and we are going to fight for love," a demonstrator said.

This crowd appeared to be bigger than any protest during the Black Lives Matter movement in New York City.

"Donald Trump go away, racist, sexist, anti-gay," protesters shouted.
They marched for 40 blocks and arrived at their destination, the home of President-Elect Donald Trump. Trump Tower was overrun by thousands, if not tens of thousands of New Yorkers, awakened to a reality that to them seemed so unthinkable.

"I'm a very, very, proud New Yorker tonight. We're angry, we're sad we're fed up; we're going to fight against it. This is a huge wakeup call for us," a protester said.

It wasn't clear if anyone believed something would come of this protest.

Most understand Trump was elected fair and square in the Electoral College. After all, that is how democracy works, but so is this.

"He did win the electoral vote that is a fact. I do believe, however, that the majority of Americans do not want this man to be President of the United States," a protester said. 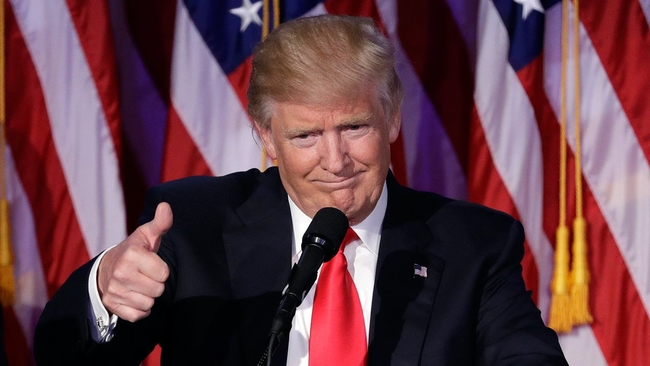