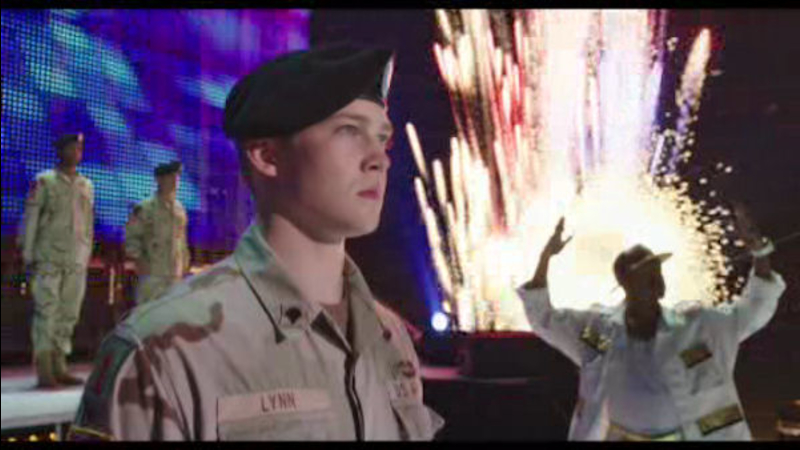 NEW YORK CITY (WABC) -- Veteran's Day is the perfect time to release a movie that looks at the costs of war from the perspective of a young soldier, who is home on leave from the fighting in Iraq and returns to the cheers of a grateful country.

The film, titled "Billy Lynn's Long Halftime Walk," gets its name from the soldier, who was asked to display himself during halftime of a NFL game in 2004 after returning from Iraq.

The team owner, played by Steve Martin, is looking to exploit Billy, as well as an agent, played by Chris Tucker, who's trying to sell the story of his Bravo company to the movies.

Kristen Stewart proves herself again as one of the best and most under-rated actresses working today. Playing his concerned sister, she begs Billy not to go back to war.

Newcomer Joe Alwyn is superb in the title role, brave, but vulnerable and believable as the naive soldier.

As his mentor, Vin Diesel proves he's an actor as well as an action star.

The action moves back and forth from the battlefield to the home front, with both settings look very real because director Ang Lee shot the film in a new high resolution format and in 3-D.

However, what good is innovation if it is employed on a script that isn't worthy of his lofty intentions?

Lee should be applauded for his convictions and for his bold moves to improve the medium of the movies. Unfortunately, what worked for Lee in previous films like "The Life of Pi" falls flat here, and the picture works better in theory than in fact.

Danny Glover stars as the title character, who has just lost his wife. He comes up with the idea to bring his very big family together for the holidays, but their differences threaten to tear them apart even though it's almost Christmas.