Diane Lane returns to Broadway in 'The Cherry Orchard' 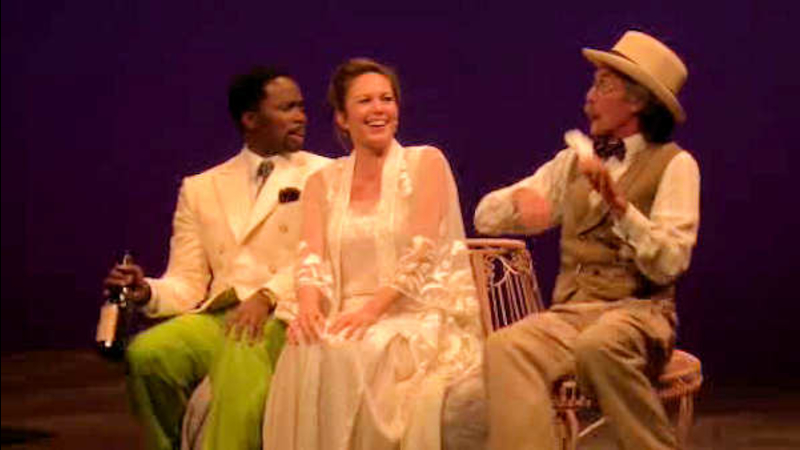 Diane Lane returns to Broadway in 'The Cherry Orchard'

NEW YORK (WABC) -- Actress Diane Lane spent years on the big screen, but now, she is returning to the stage in a play she once appeared in as a child.

"The Cherry Orchard" was written more than 110 years ago, but a new revival by the Roundabout Theatre Company seeks to re-invent it for the 21st century by shortening the three hour Chechov play and emphasizing his humor.

That is interesting on its own, but it's Lane's return to the stage that makes it fascinating.

She's the latest movie star to lend her radiance to Broadway, but she is no stranger to the stage and knows "The Cherry Orchard" well, having appeared in the drama as a child playing bit parts.

"To see it from the top down rather than the bottom up was very wonderful," she said. "And to be in a classist version, and now to be in a refreshing, more modernized, available version is appreciated too."

Harold Perrineau, who gained fame on TV in "Lost," is part of the bold new production that is in keeping with the star's roots off Broadway in venues like the public theater.

"I was a latchkey kid," Lane said. "My father drove a taxi for money."

Her mother moved away, and she found a home among the free spirits of the theater.

And then, the big screen beckoned.

"I had to bow out of broadway and say yes to Lawrence Olivier," she said.

Beginning in 1978, Lane took a detour into movies that lasted decades and earned her an Oscar nomination for "Unfaithful." But she never lost her love for the unique challenge of the stage.

"There's no shelter out here," she said. "Everybody's watching you. You can't, as my friend jokes, turn around, pull a nose hair, and turn back, and look like you're crying. It has to come from within for real."

In many ways, her childhood was unusual. Lane's parents split right after she was born, and she discovered acting at the age of six, toured the world before she turned 10 and found herself on the cover of "Time" magazine as one of "Hollywood's whiz kids" at the age of 14.

Despite that, or maybe because of that, she is one of the friendliest and down-to-earth of all the stars.
Related topics:
arts & entertainmententertainmenttheatersandy kenyonbroadway
Copyright © 2021 WABC-TV. All Rights Reserved.
More Videos
From CNN Newsource affiliates
TOP STORIES