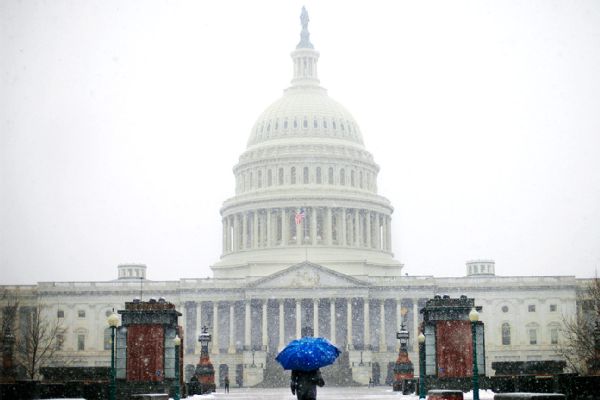 Five NFL players on Tuesday traveled to Capitol Hill to discuss police brutality and race issues with members of Congress, including a possible meeting with Speaker of the House Paul Ryan.

Boldin told ESPN's Jim Trotter that he asked those players because they are "all guys who are well-respected in the league and who have the same goal as myself."

The players are scheduled to meet with Reps. Patrick Murphy, D-Florida; Keith Ellison, D-Minnesota; and Daniel Webster, R-Florida, as well as members of the Congressional Black Caucus.

The meetings were organized by Andrew Blejwas, an associate director of marketing for The Nature Conservancy who also advises players like Boldin on how they can have more influence off the field. The NFL Players Association also worked to arrange the meetings with Ryan, R-Wisconsin, and with some members of the White House staff.

Boldin told Trotter there's a "huge mistrust" between the police and the African-American community.

"I want to help close that gap," he said.

McCown, the only white player in the group, said he's going to listen.

"I don't believe we, as white people, can understand what African-Americans go through on a daily basis, because it's different," McCown said. "For me, first and foremost, I want to be able to acknowledge that, and say that our stories are different and our histories are different, but let's just try to be a part of making it better moving forward."
Related topics:
sportsespnjosh mccownrace relationsdetroit lionsnflmalcolm jenkinsanquan boldinphiladelphia eaglescleveland brownsandrew hawkinsglover quinpaul ryan
Copyright © 2021 ESPN Internet Ventures. All rights reserved.
More Videos
From CNN Newsource affiliates
TOP STORIES