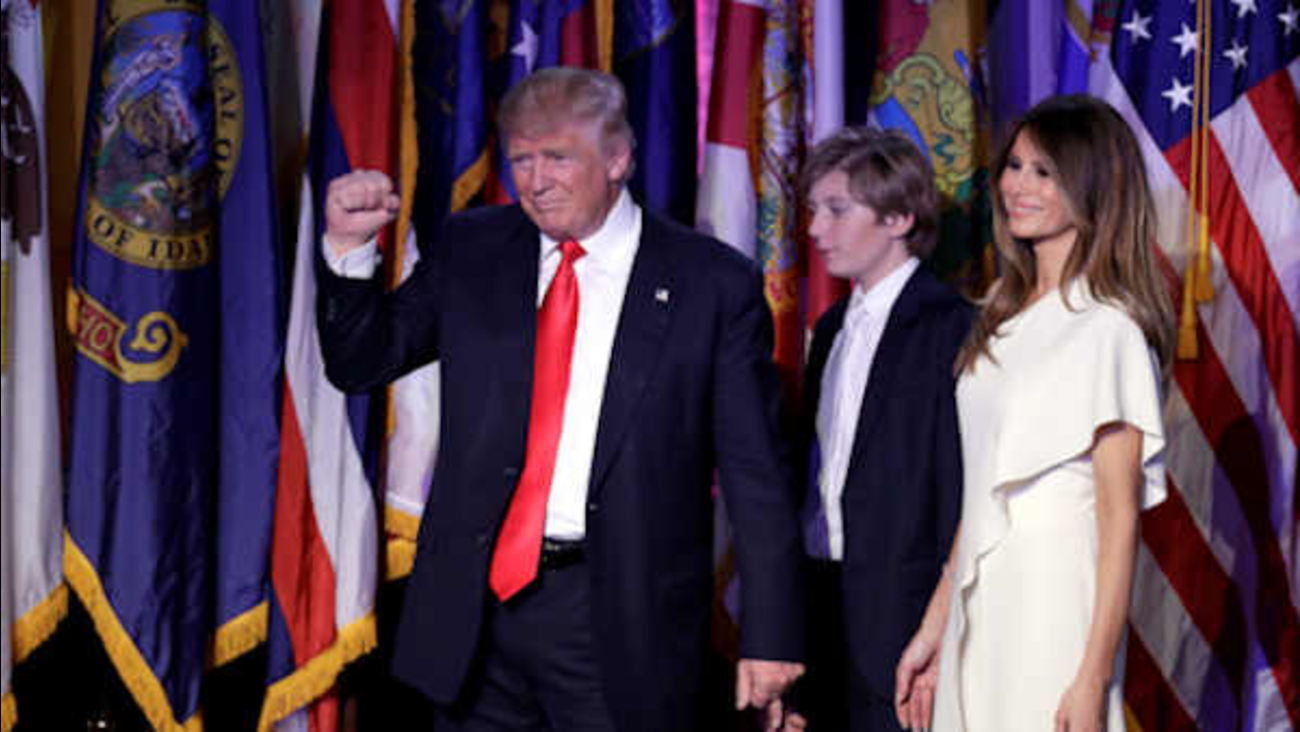 Donald Trump after giving his acceptance speech as his wife Melania and their son Barron follow him during his election night rally, (AP Photo/John Locher)

BEDMINSTER, New Jersey -- Donald Trump says his wife, Melania, and their son, Barron, will move to the White House "right after he finishes school" next year.

An aide to the president-elect had suggested earlier that the Trumps are reluctant to move their 10-year-old son from New York to Washington during the school year.

Trump will be inaugurated as the nation's 45th president on Jan. 20. Most American schools finish the school year in the late spring or early summer.