4 people strike it big with the New York Lottery 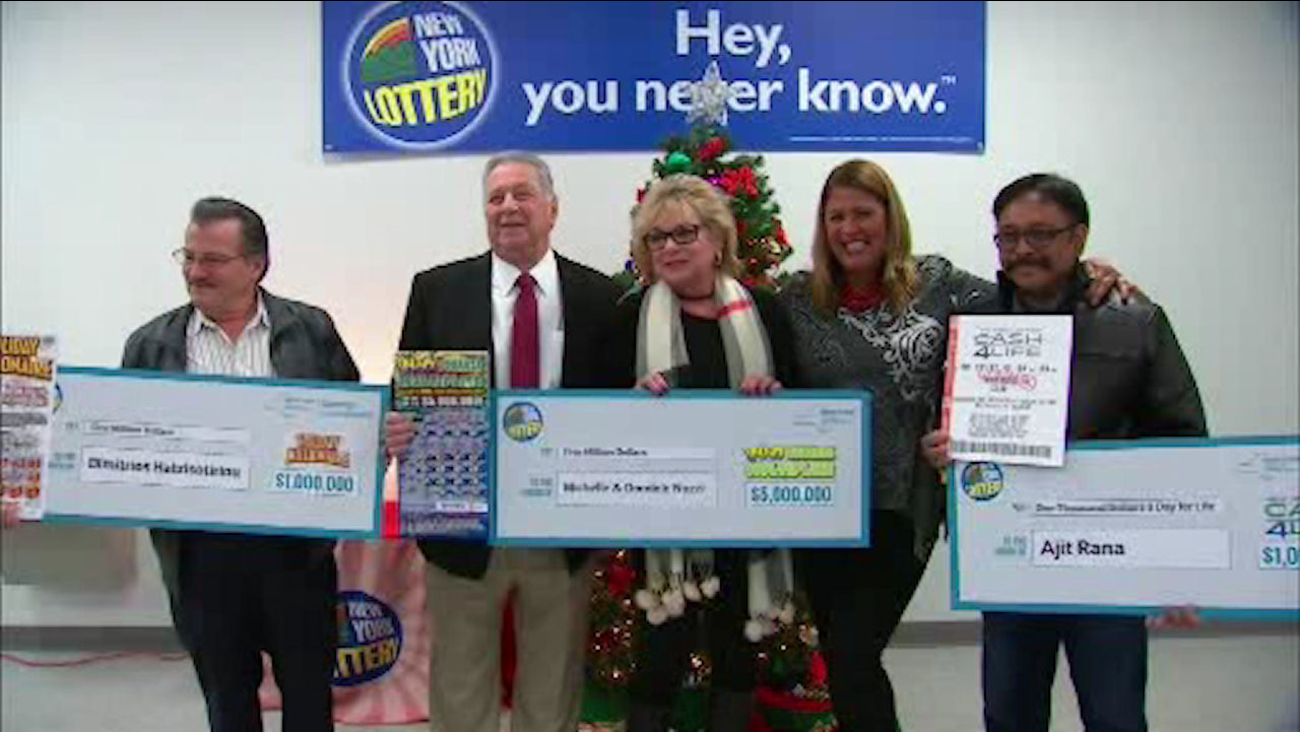 NEW YORK (WABC) -- There are four new millionaires thanks to the New York Lottery.

More than $13 million was handed out to four big winners Thursday.

One of them is a pizzeria owner from Long Island who won a million dollars on his 73rd birthday.

The man from Lake Grove says he got to the bank too early so he went to a nearby store and bought scratch tickets.

He won $25. So, he used some of the money to get a Holiday Millionaire ticket.

He says he now plans to pay some bills and visit his mom in Greece.