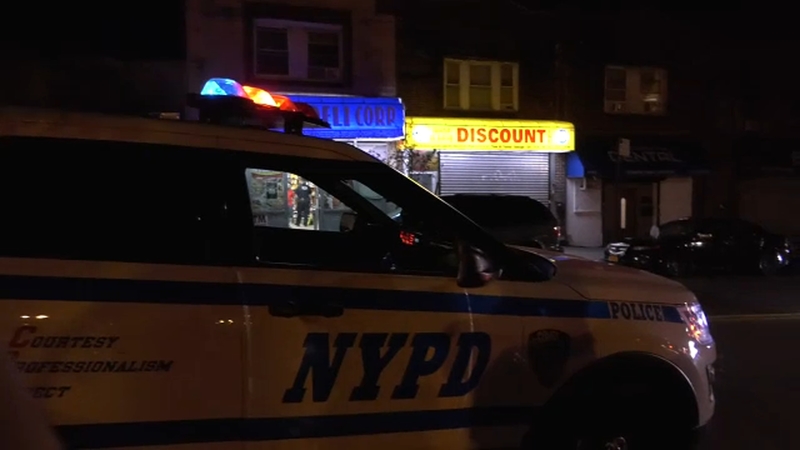 WEST BRIGHTON, Staten Island (WABC) -- A manhunt is underway on Staten Island after a 17-year-old boy was shot during a dispute inside a deli Wednesday night.

It happened just before midnight at the Castleton Deli Corp on Castleton Avenue in the West Brighton section.

Workers say the melee started outside their window but quickly escalated when one of the young men walked inside the deli.

"They were just arguing, big argument," store clerk Mo Altho said. "One of the kids came in, he had a knife, the other kid had a gun. They started shooting at him."

Altho said there were several kids outside the bodega, and then the 17-year-old walked inside with multiple people following him.

The victim was shot in the chest and collapsed on the floor.

"They were arguing," Altho said. "I don't understand these kids.

He was rushed to Richmond University Medical Center, where doctors stabilized his condition.

"They shouldn't be fighting, guns and stuff," Altho said. "We used to fight with hands and whatever. Now these kids, they all fight with guns."

Police were looking for the gunman who fled wearing a tank top shirt and black shorts.

The nature of the dispute was not immediately known.

People who live nearby say they typically feel safe. But now, they're aggravated that someone turned the neighborhood into a crime scene.

"It used to be that way, that you have a fight, you can walk away and come back the next day," area resident Pat Nemhart said. "It's not like that anymore."

The victim is expected to survive, and anyone with information is urged to contact police.