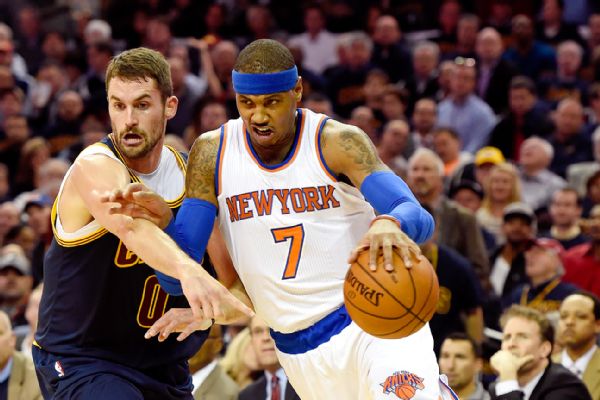 The New York Knickshave been unsuccessful in their attempts to engage theCleveland Cavaliers in Carmelo Anthony-for-Kevin Love trade talks in advance of the NBA's Feb. 23 trade deadline, ESPN has learned.

League sources told ESPN on Wednesday that the Knicks approached the Cavaliers to gauge their interest in swapping All-Star forwards but were told Cleveland was not interested in such an exchange.

The Knicks, sources said, would have gone to Anthony to discuss waiving his no-trade clause had Cleveland shown interest in the deal. Anthony is one of only three NBA players with a full no-trade clause in his contract, alongside the Cavaliers'LeBron James and the Dallas Mavericks' Dirk Nowitzki.

On multiple occasions in recent weeks, James has been vocal about the Cavaliers' need for another seasoned point guard as well as another big man to fill the voids created by the offseason departures of guardMatthew Dellavedova and centerTimofey Mozgov.

Although James and Anthony are close and have expressed interest in playing together someday, sources said Cleveland is not prepared to surrender Love to get Anthony after the role Love played in helping the Cavaliers win their first championship in franchise history in June.

Asked about the report later Wednesday, James said he had "no reaction."

"We got 14 guys in here," James said after the Cavs'116-112 overtime loss to the Sacramento Kings. "We need to be ready every night, who we got in here. We got to play. We can't play fantasy basketball. We got who we got, and we got to go out and play."

Cleveland general manager David Griffin offered his take, saying the Cavaliers would keep their plans close to the vest.

"There's going to be a lot of things written between now and the end of the deadline, and we're going to be pretty consistent with not telling you any of those things," Griffin said. "I'll always try to keep you from driving off the cliff if you're banging a drum that's absolutely untrue all the time, but I'm not going to speak to any of those things."

Anthony's future with the Knicks has become a daily topic of conversation, despite his no-trade clause; there has been widespread suspicion that team president Phil Jackson wants to move him and start anew with second-year big manKristaps Porzingis as New York's centerpiece.

ESPN's Ian Begley reported earlier this month that some in the Knicks organization believe it is best if the team and Anthony part ways.

Asked about the proposed trade following the Knicks' 103-95 loss to the Mavericks on Wednesday night, Anthony replied, "I really don't have a reaction to it. I mean, until management comes to me and says something, it's not something I can look forward to or feed into at this point."

Anthony said he "would have to consider" waiving his no-trade clause if the Knicks ultimately decided to go in a different direction but added, "All the talk that's going on right now, that's out of my control."

He said no one from the Knicks has been in contact with his representatives.

Earlier Wednesday, Anthony said his recent meeting with Jackson and Knicks general manager Steve Mills lasted only five to seven minutes -- with Jackson doing most of the talking.

Anthony, 32, is earning $24.6 million this season and has two years left on his Knicks contract worth nearly $54 million. The final year of the deal is at Anthony's option in 2018-19, and the contract contains a 15 percent trade kicker that would hike his current salary into the $29 million range if he is dealt.

ESPN's Dave McMenamin and Tim MacMahon contributed to this report. 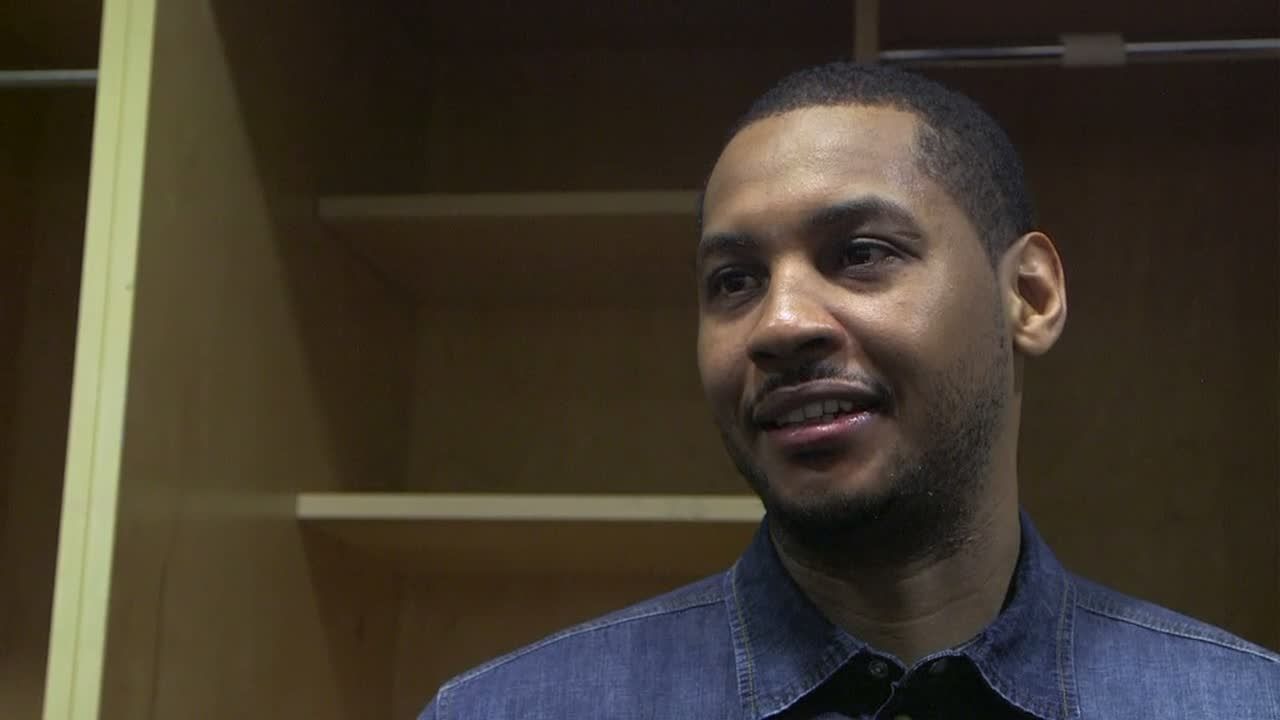 Melo doesn't have reaction to trade rumors
Carmelo Anthony says trade rumors are out of his control and that he doesn't see them as a distraction for the Knicks. 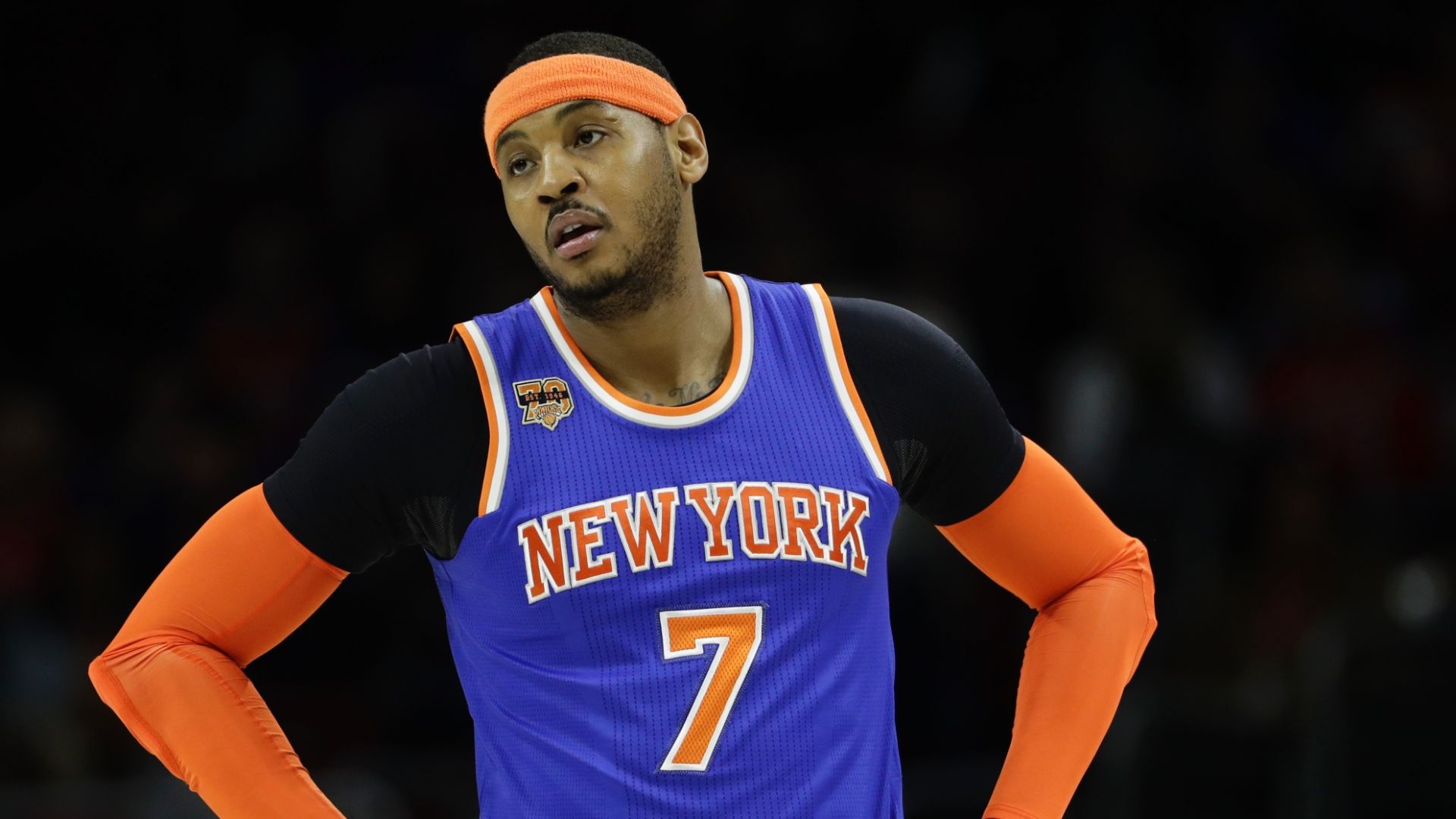