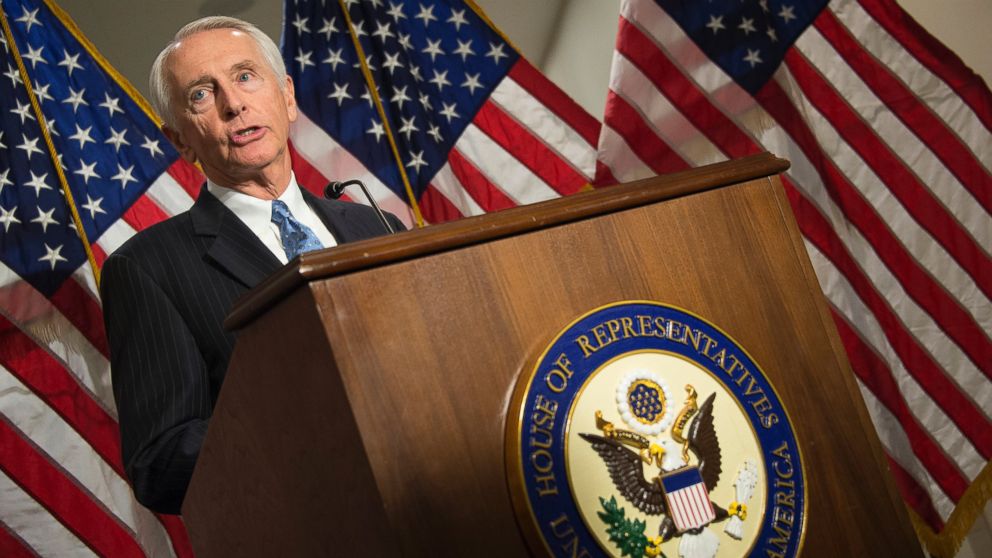 President Trump's first major congressional address this week will be met with a Democratic response highlighting the success of Obamacare in a state that Trump won.

Former Kentucky Gov. Steve Beshear, a strong supporter of Obamacare and Medicaid expansion, will deliver the Democrats' rebuttal to the president's first address to a joint session of Congress on Tuesday.

"Nobody is better equipped to talk about the successes of the [Affordable Care Act] than he is," said Congressman John Yarmuth of Kentucky. "In terms of lowering the uninsured rate and people getting preventive care, the numbers in Kentucky are staggering."

While governor from 2007 to 2015, Beshear led the state in lowering its rate of people without health insurance from over 20 percent to 7.5 percent, one of the biggest improvements in the nation.

White House press secretary Sean Spicer said the president's address will be about "the renewal of the American spirit." Possible topics include the proposed wall along the southern U.S. border; repealing and replacing Obamacare; tax and regulatory reform; and job creation.

With Republicans planning to repeal and replace the Affordable Care Act, Democrats are scrambling to counter that argument by urging constituents to attend GOP representatives' town halls, hold rallies and highlight success stories.

"Under Governor Beshear's leadership, Kentucky became one of the great success stories of the Affordable Care Act in delivering quality, affordable health coverage for all," House Minority Leader Nancy Pelosi in a joint statement with Senate Minority Leader Chuck Schumer announcing Beshear as their party's speaker. "Gov. Beshear is an experienced job creator and a uniquely credible voice on the devastating consequences of Republicans' plans to make America sick again."

In addition to health care, the red state Democrat is also expected to talk about job creation and to critique the first 40 days of Trump's administration.

"Real leaders don't spread derision and division -- they build partnerships and offer solutions instead of ideology and blame," Beshear said in a statement.

In addition to Beshear, immigration activist and "dreamer" Astrid Silva, who came to the United States at age 4, will deliver the Democrats' Spanish-language response.

Silva will be the first non-lawmaker to deliver an official Spanish response for either party.